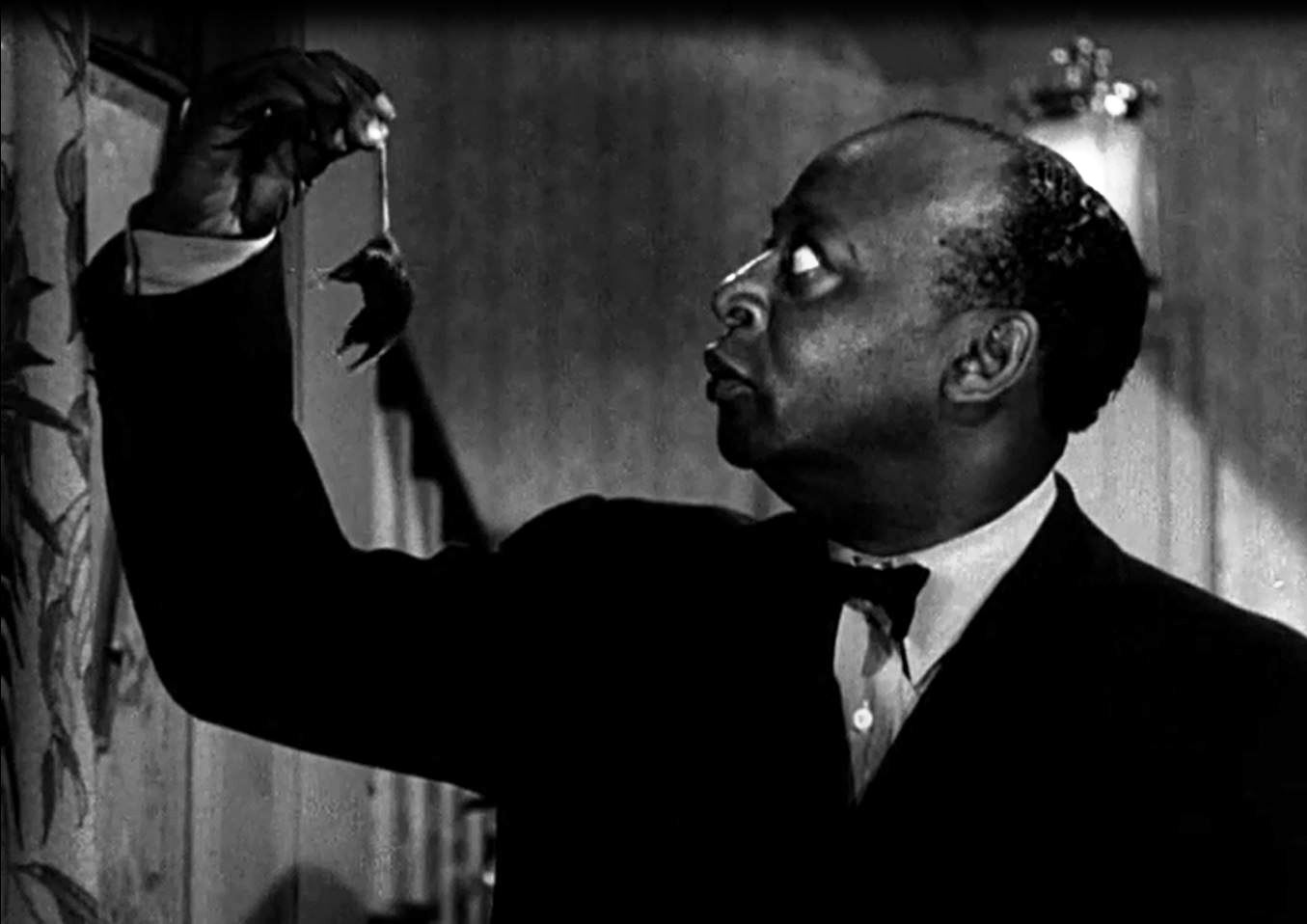 Mantan Moreland in the 1946 film The Trap
Public Domain Image

Mantan Moreland was an American actor, most popular for his role as the “google-eyed” chauffeur “Birmingham Brown” in the Charlie Chan movies. Moreland was born On September 3, 1902 to Marcella and Frank Moreland in Ouachita Parish, Monroe, Louisiana. He began running away from home at the age of eight to join traveling minstrel shows but was bought home each time by juvenile officials. At the age of fourteen, he successfully ran away and joined a circus, and performed in the “Chitlin’ circuit,” of black vaudeville shows. Moreland was first hired as a comedian in 1927, appearing at Connie’s Inn, a Harlem, New York nightclub. He then worked in the Broadway musical Blackbirds of 1928, which ran for five hundred and eighteen performances. He spent a few years performing in other Broadway shows and touring in Europe before getting his big break in movies in the 1933 film That’s the Spirit.

Through the next two decades, Moreland appeared in numerous films, including Monogram Pictures’ Charlie Chan series. His bulging eyes and cackling laugh made him a favorite as supporting actor in black comedies. He also perfected the “indefinite talk” routine with Ben Carter, seen in the Charlie Chan films The Scarlet Clue and Dark Alibi. Moreland later spent a few years performing on stage with Nipsey Russell, Tim Moore, and Redd Foxx. After the sudden death of Three Stooges actor Shemp Howard in November 1955, Moreland was considered as a replacement, but Columbia Pictures went with another contracted actor, Joe Besser.

Moreland suffered a stroke in the early 1960’s, but continued to perform, working alongside Moms Mabley, Carl Reiner, and Bill Cosby. He appeared in television shows such as the Hallmark Hall of Fame Series (1957), The Bill Cosby Show (1970) and Adam-12 (1970). His last featured role in a movie was in the 1968 horror comedy Spider Baby, and his last acting role was in The Young Nurses, released in 1973. He then teamed with Roosevelt Livinghood to form the comedic team Mantan and Livinghood and produced three albums. In his career, Moreland appeared in over eighty Charlie Chan movies, and made a total of three hundred and ten screen appearances.

Mantan Moreland died of a cerebral hemorrhage on September 28, 1973, in Hollywood, California at the age of 71. He was survived by his wife Hazel (Henry) (1902-1982) and daughter Marcella. Moreland was inducted into the National Multicultural Western Heritage Museum Hall of Fame in 2004.

Moreland has since been immortalized in such films as Spike Lee’s Bamboozled, which centers around a fictional television show called Mantan, and also in rap music in the song “B-Boys Making With The Freak Freak” by the Beastie Boys.