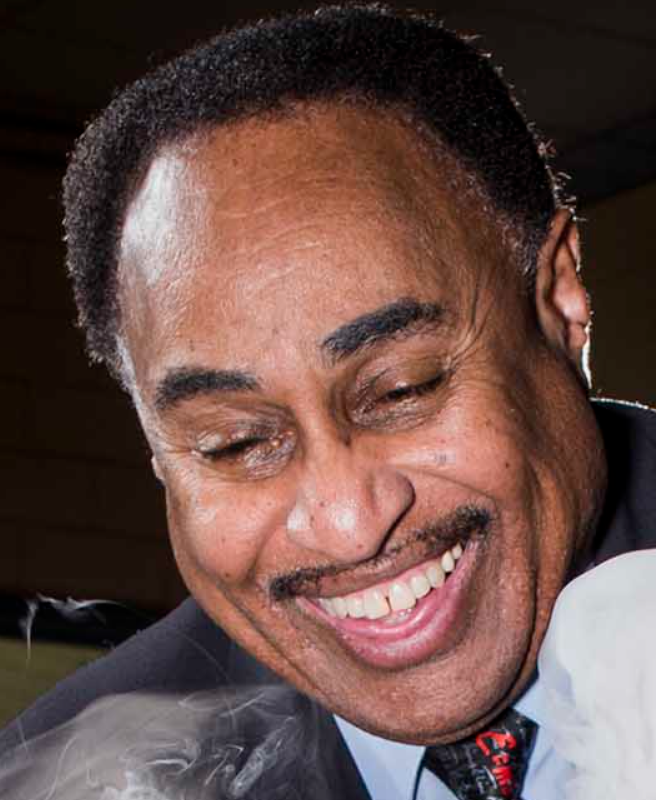 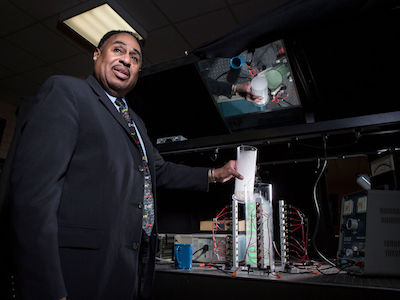 The theoretical physicist Ronald Mallett, known for his scientific position on the possibility of time travel, was born on March 3, 1945, in Roaring Spring, Pennsylvania. When Mallett was only ten years old, his father died of a heart attack at the age of thirty-three. Because of this tragedy, Mallett was intrigued by physics and the idea of time travel as a possible way for him to go back in time and save his father. This idea was inspired by the 1895 science fiction novel by H. G. Wells, The Time Machine, which focused on the idea of a vehicle that could be operated to travel through time.

Following the death of his father, Mallett’s family plunged into poverty, causing them to suffer from problems with depression. Consequently, in school, Mallett was only an average student, except for electronics, English, and math where he excelled.

Following graduation from high school in 1962, Mallett joined the United States Air Force, convinced that the GI Bill was the only possible way for him to afford college. By 1963, Mallett had been assigned to Lockbourne Air Force Base outside of Columbus, Ohio, as a computer technician for Strategic Air Command. During his time at the base, Mallett used the night shift to study physics.

In 1966 Mallett returned to civilian life where he found himself engrossed by science fiction television shows like Twilight Zone and Star Trek. Having completed his service duty in the air force, Mallett followed his dream of attending college by enrolling in the Altoona campus of Pennsylvania State University. Mallett remained at Penn State University for seven years.  During this time, he received his bachelor of science degree at the Altoona campus and a Master’s of Science, and finally, in 1973, a Ph.D. in physics at the main Penn State University Campus at State College, Pennsylvania.

During Mallett’s time in graduate school, he worked under a National Science Foundation Traineeship, eventually leading to his receiving a graduate assistant award for excellence in teaching from Phi Kappa Phi, Sigma Pi Sigma, and Sigma Xi. Following graduate school, Mallett was hired by United Technologies in Hartford, Connecticut, where he learned about laser technology. Then, in 1975, Mallett left his job at United Technologies to become an assistant professor at the University of Connecticut.  There his research interests included general relativity, quantum gravity, and lastly, his childhood fascination in time travel.

In 1981 Mallett was an Ira Reid visiting professor at Haverford College in Pennsylvania. Under a Ford Foundation Senior Postdoctoral Fellowship from 1982 to 1983, Mallett continued his work at University of Connecticut which eventually led to his promotion to associate professor in 1980, and then, in 1987, professor. Mallett continues to teach and research at University of Connecticut. In 2005 he became an honorary member of the Connecticut Academy of Arts and Science.

Tom Moroney, “A Physicist is Building a Time Machine to Reconnect with
His Dead Father,” Bloomberg Business, March 27, 2015; Mary Kuhl, “A
Circulating Beam of Light as a Way of Time Travel; Ronald Mallett’s
Physics Career Grew from an Early Fascination with an Offbeat Concept,”
The Christian Science Monitor, May 16, 2002; http://www.phys.uconn.edu/~mallett/MallettCV.pdf.