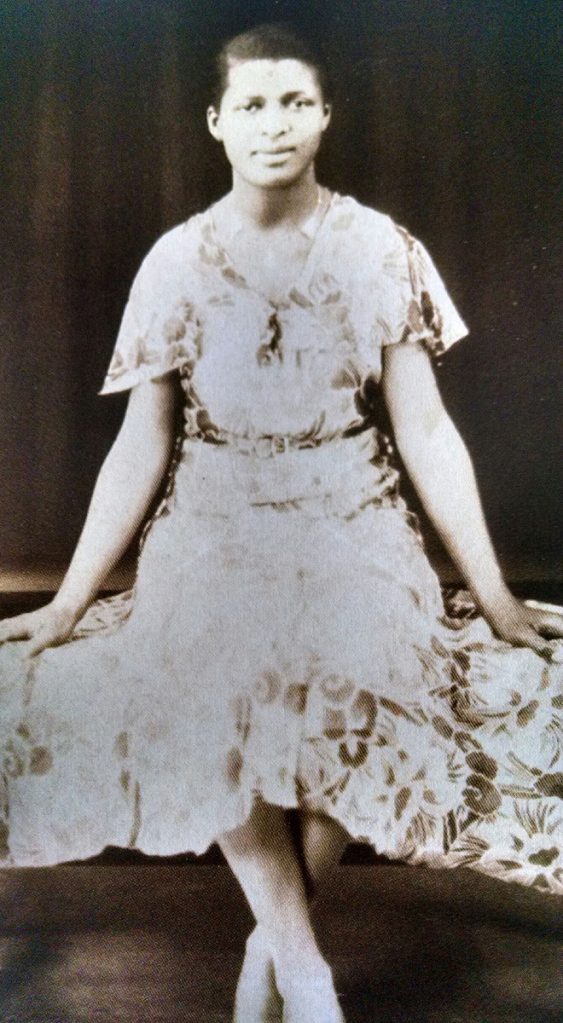 Educator Lulu Merle Johnson was born on September 14, 1907 in the town of Gravity, Iowa to Jeanette (Burton) and Richard Johnson. Her mother was the daughter of freed slaves, and her father, formerly enslaved, owned and operated his own barbershop. The family were the only Black residents in the town and were highly respected.

The family moved from Mississippi to eastern Iowa when Johnson was entering her senior year for better educational opportunities. She graduated from Clinton High School in 1925 where she played and captained the girls’ basketball team. Immediately after graduation, Johnson enrolled into the State University of Iowa (now the University of Iowa). Out of over 2,000 students, there were 64 four Black students; 14 women and 50 men. University-owned housing was segregated so Johnson and the other Black students had to reside in off campus housing.

Johnson, a member of the Alpha Kappa Alpha Sorority, challenged the university’s racial structure. She insisted on sitting in front row seats assigned to white-only students in her military science class. She also protested the university’s pool policies. All University of Iowa students were required to pass a swimming test. The University was willing to let Johnson as well as the other Black students waive the test in order to keep them out of the pool, so they would not have to drain and refill it for the white students. Johnson and the other students refused to do so and informed their instructor that they would attend class at 5:00 am, then take the swimming test, so the pool would be unusable for the remainder of the school day. Her action ended the university’s racially-discriminatory pool policy.

In 1929 Johnson obtained her BA degree followed one year later by an MA degree. Both degrees were in education. Johnson began working on her Ph.D. at Iowa after accepting a teaching position at Talladega University in Alabama for the 1939-1940 academic year. She then worked at Tougaloo College in Mississippi during the 1940-1941 school year.

In 1941 Lula Merle Johnson became the first African American to earn a Ph.D. at the University of Iowa. Her thesis was “The Problem of Slavery in the Old Northwest, 1787-1858.” She then taught at Florida A&M University and West Virginia State College before settling in at Cheyney State College in Pennsylvania in 1952 where she served as a History Professor and Dean of Women. Dr. Johnson retired in 1971 and moved to Millsboro, Delaware. She spent the remainder of her life traveling with her partner, Eunice Johnson, and died on October 18, 1995 at the age of 88.

The Lulu Merle Johnson Fellowship was established at the University of Iowa in 2018, and on June 24, 2021, the Johnson County Board of Supervisors of Johnson County, Iowa unanimously voted to change the county’s name to Lulu Merle Johnson County. This county is only the second in the nation named after an African American. The other is Martin Luther King County in Washington. The Iowa county was originally named after Richard M. Johnson, a slaveholder, who was the Vice President of the United States at the time Johnson County was carved out of the Wisconsin territory in 1837. Richard Johnson never resided in the state, bore two children with one of his enslaved women, and took credit for killing Shawnee Indian Chief Tecumseh during the War of 1812.