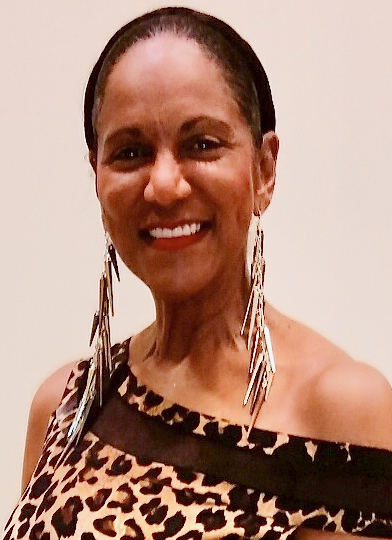 Baa finished Saints Peter and Paul Catholic School on St. Thomas in 1971 and was a member of the school’s Concert Mixed Chorus and studied opera and Ballet on the island. She had always wanted to become a member of the Fisk Jubilee Singers at Fisk University in Nashville, Tennessee. In 1973 she enrolled in the institution as a Museology/Museum Studies major and pledged the Alpha Beta Chapter of Delta Sigma Theta Sorority, Inc. Baa received a Bachelor of Science degree in 1975.

Upon returning to St. Thomas in 1975, Baa became a member of the St. Thomas Alumnae Chapter of Delta Sigma Theta Sorority, Inc. and later a Rotary Club on St. Thomas. Along the way, she won the crown of Miss U.S. Virgin Islands and represented the territory at the Miss Universe pageant in 1976. She voiced commercials for radio station WSTA and was an annual co-host with Addie Ottley for the VI Carnival parade in St. Thomas. In 2010, she received the Master of Arts degree in Biblical Studies from Friends International Christian University in Merced, California. In 2011, Baa was installed as the 33rd President of the Rotary Club of St. Thomas II and the seventh woman to lead the local branch of this international organization.

In 2016, Baa was President of Baa & Company LLC, a consulting firm and continued managing her Footlocker franchise in Charlotte Amalie. In 2017, the 70’s Classes of the Decade, from local high schools, a nonprofit committed to providing scholarships to high achieving graduating high school students and military veterans in need, held their second talent show on Saturday night at Charlotte Amalie High School. Baa headlined the show as a vocalist singing “At Last!” from the Studio album by Etta James.

As an advocate for the campaign against cancer, Baa founded Lorraine Baa International, a cancer organization in Victorville, California, in 2020. She spearheaded projects raising more than $5 million dollars that financed the construction of the Charlotte Kimelman Cancer Institute in the U.S. Virgin Islands.

On November 4, 2021, Lorraine Patricia Baa, who has never used her married name and was the mother of Richard Daniel Gidron III, died of cancer in Victorville, California. She was 68.