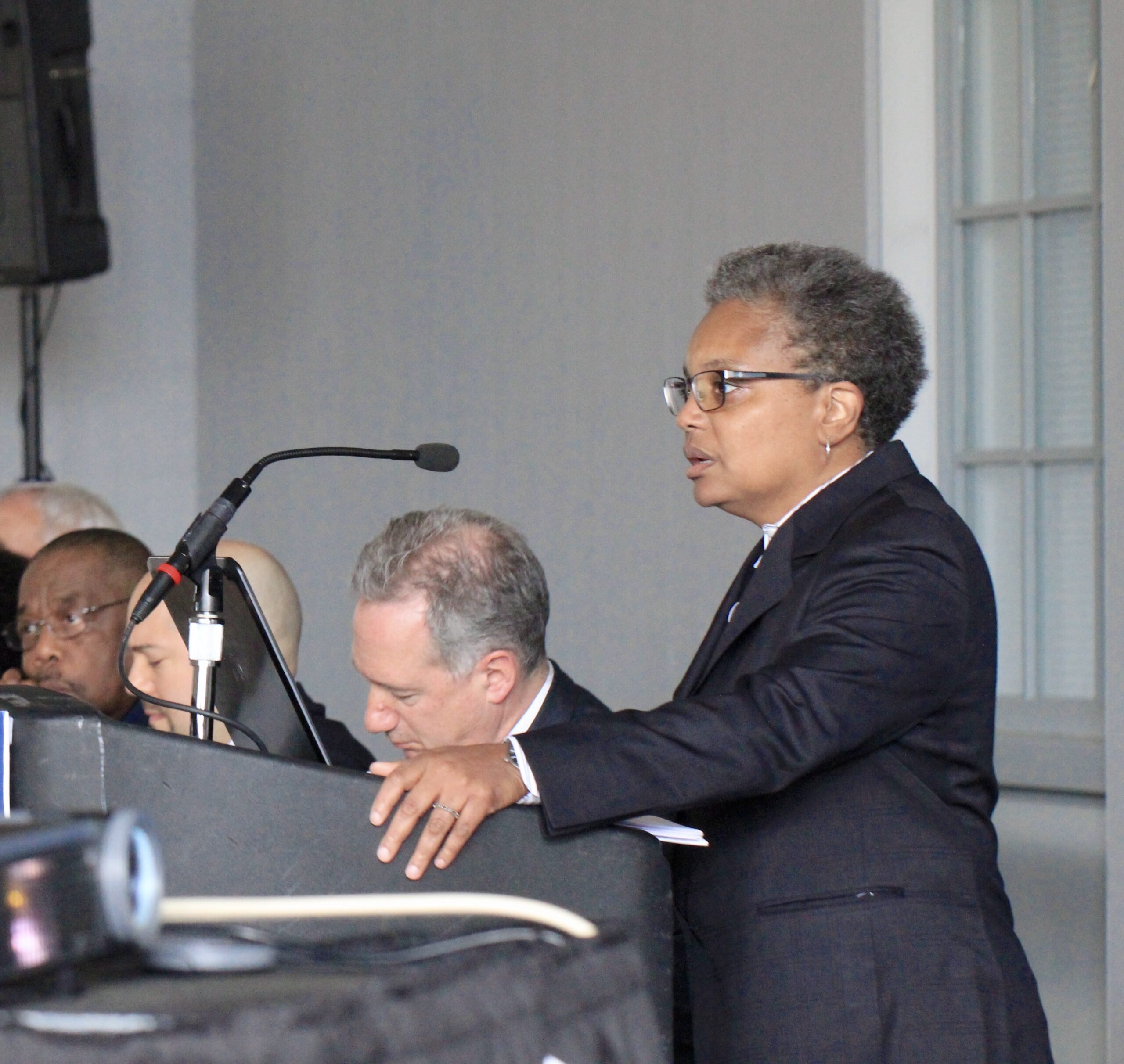 On April 2, 2019, Lori Lightfoot made history when she was elected the 56th Mayor of Chicago. She was the first black woman elected to that office. She was also the first openly gay person to fill the position. Born on August 4, 1962 she came of age in Massillon, Ohio, the youngest of Eli and Ann Lightfoot’s three children, the future politician had a “curious spirit” and a range of interests including basketball and choir.

Lightfoot first experienced the rigor of elected office as a teenager. While maintaining exemplary grades at Washington High School in Chicago, she used the campaign slogan “Get on the right foot with Lightfoot” to be elected class president. A student activist even in high school, Lightfoot organized a boycott aimed at improving the menu options in the school cafeteria.

After graduating from high school Lightfoot decided to pursue a career in law. In 1984 she graduated from the University of Michigan with a BA in Political Science. Two years later, Lightfoot moved to Chicago where she attended the University of Chicago Law School and earned a Juris Doctor Degree (J.D.). The newly minted attorney was initially employed by the global law firm Mayer Brown. In 1996, when she was on track to become partner, Lightfoot chose to take an alternate path, becoming an Assistant U.S. Attorney, Criminal Division, in the Northern District of Illinois. There she earned a reputation as a skilled litigator.

When Emmanuel announced that he would not seek re-election, Lightfoot quickly declared her candidacy. Throughout Chicago’s 2019 mayoral campaign, she advocated safety, education, and accountability in government through the campaign slogan, “Bring in the Light.” After a close Democratic Party primary election and subsequent runoff with Chicago politician Toni Preckwinkle, another African American woman, Lightfoot emerged the victor.

With her election on April 2, 2019, Mayor Lightfoot made history by being the first openly gay African American woman to hold Chicago’s highest-ranking office. She joins other prominent leaders advancing African American, Women’s and LGBTQIA history. Lightfoot’s predecessors include Jane Byrne, the only other woman to hold the office of mayor, from 1979 to 1983 and Harold Washington, elected Chicago’s first black mayor in 1983. She also joins a growing number of gay and lesbian public officials such as South Bend, Indiana Mayor Pete Buttigieg and Tampa, Florida Mayor Jane Castor.

Stepping into the mayor’s position on May 20, 2019, Lightfoot has had to tackle numerous local issues as leader of the third largest city in the United States but she has also had to address the twin crises of COVID-19—the Coronavirus—and the demands for change in response to the murder of George Floyd in Minneapolis, Minnesota.