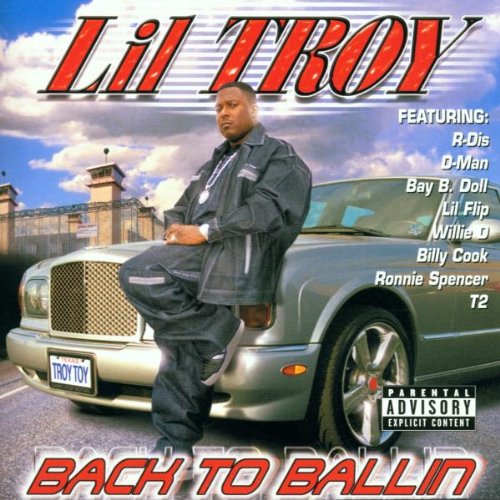 Troy Lane “Lil Troy” Birklett is a rapper best known for his 1999 single “Wanna Be a Baller.” Birklett was born on February 24, 1966, in Houston, Texas to unnamed parents. Growing up, Birklett became a drug dealer and used the money he gained to invest in his music career. In 1987, Birklett founded a record label named Short Stop and joined the group, Mass 187. Their record, “Gangsta Strut,” was featured on local radio in Houston.

Birklett’s career has been marred by controversy. In 1999, he was convicted of conspiracy to sell drugs and served eighteen months in prison at the Beaumont, Texas, federal detention center. He was also involved in a rap feud with Underground Kingz (UGK) member Chad “Pimp C” Butler. Butler insulted Birklett on a song called “Pussy Nigga Anthum.”

Many rappers who were featured in the song, “Wanna Be a Baller,” have passed away in recent years. Fat Pat was murdered on February 3, 1998, by an unknown gunman after going to promoter’s apartment to collect an appearance fee. In 2006, his older brother, Big Hawk, was also shot and murdered by an unknown gunman when he went to a friend’s house to play dominoes. Lil Will (who was Birklett’s cousin) died after a car accident in 2016. In 2018, Big T died of a heart attack. In 2021, Birklett face almost his morality after escaping a vehicle fire in the truck he was driving from Arkansas to Texas. He survived and is still active in the independent music business as of 2021.