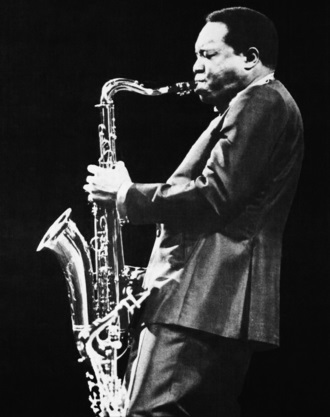 Legendary composer, conductor, and saxophonist King Curtis was born Curtis Ousley in Fort Worth, Tarrant County, Texas, on February 7, 1934, to Ethel Montgomery and a biological father was never present. William and Josie Ousley adopted him and his sister Josephine Ousley Allen.

Curtis began musical studies early, and by the age of 12, he had mastered the Alto Saxophone and the acoustic guitar.

Curtis attended Isaiah Milligan Terrell High School, the only African American public High School in Fort Worth, from 1948 to 1951. There he was active and exceptional in the band with the woodwind instruments. However, his principal instruments were the Alto and Tenor Saxophones.

Besides the high school’s standard music curriculum, he was under the renowned avant-garde saxophonist Ornette Coleman’s tutelage. The latter was four years older and introduced him to jazz improvisation. When he was 19 years old graduating, he was invited by the Master pianist/ conductor Lionel Leo Hampton to perform with the Lionel Hampton Orchestra in Harlem, New York.

In 1957, upon the arrival of the original Coasters, Carl Gardner and Bobby Nunn invited Curtis to perform with them. These West Coast Musicians had heard so much regarding the musical skills of Curtis.

And for the next five years, the Coasters did not record without Curtis’ creative input. When Curtis played, there was never a dry seat in the house. He also collaborated with Jimi Hendrix, Sam Cooke, Bobby Lewis, and Buddy Holly.

Whenever there was a music project and Curtis was involved, it all turned to gold. To be sure, from 1962 to 1967, Curtis’ Rhythm & Blues singles “Soul Twist” and “Ode to Billie Joe” were number one on the charts, respectfully. “Soul Twist” even became number 17 on the pop charts. Besides, Curtis was the conductor of Aretha Franklin’s musical support, King Curtis & The Kingpins. The ensemble set the stage excitement by opening for the 55,000 packed Shea Stadium for the Beatles during that same period.

Curtis performed globally and was the recipient of numerous awards, including the 1970 Best R&B Instrumental Performance Grammy for his version of Joe South’s “Games People Play.”

King Curtis, who significantly impacted Rhythm & Blues and Pure Jazz, never married or had any children. However, his fiancée was Modeen Broughton, a jazz singer. He died from multiple stab wounds at the Roosevelt Hospital in New York on August 13, 1971 following a fight with a man on the stoop of a brownstone he owned at 50 West 86th Street. He was 37 at the time of his death. King Curtis was posthumously inducted into the Rock and Roll Hall of Fame in 2000.