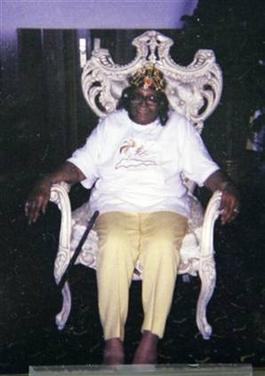 On November 21, 2006, Kathryn Johnston, a 92-year-old African American woman, was killed by undercover police officers at her home in Atlanta, Georgia. The killing contributed to the demands for police reform and accountability that helped inspire the Black Lives Matter Movement seven years later. Johnston was born June 26, 1914 in Atlanta. Much of her life story is unknown, but at the time of her death, she was living alone at a home on Neal Street, located in Northwest Atlanta.

On November 21, 2006, at around 7:00 p.m., Atlanta undercover police officers Jason R. Smith, Gregg Junnier, and Arthur Tesler raided her home in plain clothes, wearing bulletproof vests, and carrying riot shields. According to the official police report, the three officers entered without knocking or identifying themselves, searching for a man who had reportedly been selling illegal drugs at the residence. Johnston fired one shot from a revolver, and the officers returned fire, shooting thirty-nine times. Johnston was hit six times and killed instantly.

People living in the neighborhood speculated that the police had the wrong house during the raid, but the police denied that idea, saying undercover officers had made a drug purchase at the home earlier that day. The police stated that they served a “no knock” warrant because they believed their suspect would otherwise have time to hide evidence or escape after hearing an officer’s knock. Johnston’s neighbors said she kept a revolver for self-defense because she lived in a high-crime neighborhood; an elderly woman had recently been raped nearby. They also reported that Johnston had no history of involvement with the drug trade.

On February 7, 2007, the three officers went on trial for the murder of Kathryn Johnston. Fulton County District Attorney Paul L. Howard Jr. brought felony murder and burglary indictments against the officers. During the trial, prosecutors claimed one of the officers planted three bags of marijuana in the house to counter the fact that no other drugs were found in the residence. Prosecutors  also argued that after the shooting Officer Jason Smith called an informant, Alex White, and told him to falsely report that he had purchased crack cocaine at Johnston’s home earlier in the day.

On October 30, 2008, all three officers pleaded guilty in federal court to conspiracy to violate the civil rights of Kathryn Johnston, resulting in her death. Officers Smith and Junnier also pleaded guilty to state charges of voluntary manslaughter and making false statements. Smith later confessed to planting the bags of marijuana in Johnston’s house after the shooting occurred.