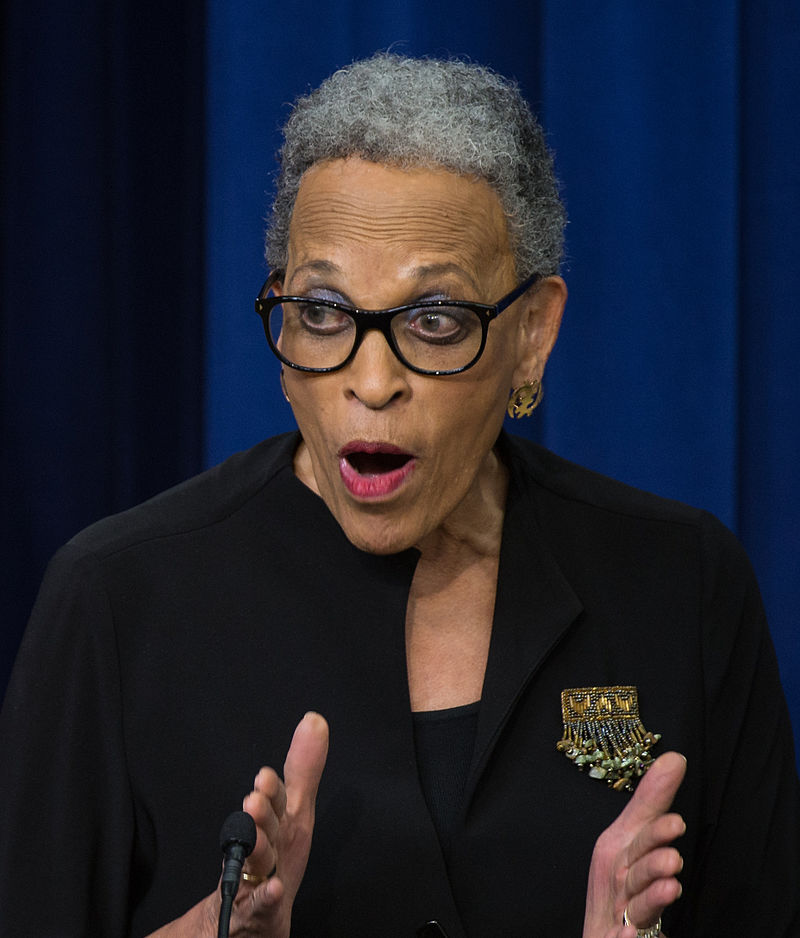 Johnnetta Betsch Cole was born on October 19, 1936, in Jacksonville, Florida to college graduates Mary Frances Cole, a vice-president of the Afro-American Life Insurance Company of Jacksonville. and John Cole, Sr., an employee at the company.

In 1953, Cole finished high school and entered Fisk University. After one year, she transferred to Oberlin College, where her sister was studying music. Cole’s initial career focus on medicine changed after she took an anthropology course. In 1957, Cole earned a bachelor’s from Oberlin College and began graduate studies in anthropology at Northwestern University. She earned a master’s degree in 1959 and a doctorate in 1967, working with Paul J. Bohannan and Melville J. Herskovits.

In the late 1950s she met Robert Cole, a white graduate student in economics from Iowa. Robert Cole shared her fascination with Africa and after their wedding day in 1960 the couple traveled to Liberia to work cooperatively on research that formed the basis of their dissertations. The couple have three children: David, Aaron, Ethan Che.

Cole taught at the University of California, Los Angeles in 1964 while completing her dissertation, “Traditional and Wage Earning Labor in Liberia.” In 1969, she began working as an assistant professor of anthropology at Washington State University at Pullman where she created the institution’s Black Studies program, one of the first in the nation, and served as its Director until 1970 when she accepted a position at the University of Massachusetts at Amherst. From 1981 to 1983, she served as Provost of Undergraduate Education there.

In 1983, Cole began working at Hunter College in New York City. She continued her fieldwork on households headed by women, the lives of Caribbean women, Cape Verdean culture in the United States, and racial and gender inequality in Cuba. Cole’s focus on cultural anthropology, Afro-American studies, and women’s issues all came together in a groundbreaking book published in 1986 titled All American Women: Lines that Divide, Ties that Bind. In 1987 she became the first African American woman president of Spelman College. During her time as Spelman President, Bill and Camille Cosby donated $20 million to the college, then the single largest gift to a Historically Black College and University (HBCU).

In 1992 President-elect Bill Clinton proposed Cole for the post of Secretary of Education but when it was discovered she had been a member of the Venceremos Brigades, which had ties to the Cuban government, he withdrew her nomination.

Cole left Spelman College in 1997 to teach anthropology and African American studies at Emory University. Before starting her career at Emory, Cole took a year off to write her book Dream the Boldest Dreams: And Other Lessons of Life. In 2002, Cole came out of retirement to serve as the president of Bennett College while also found time to do anthropological research the resulted in her next book, Gender Talk: The Struggle for Women’s Equality in African American Communities.

From 2015 to 2016, Dr. Cole was the president of the Association of Art Museum Directors and in 2017 she retired as the Director of the Smithsonian National Museum of African Art, a position she held for eight years. In November 2018, Cole became the seventh president of the National Council of Negro Women (NCNW). Over her career she has received 68 honorary degrees and is the recipient of numerous awards.