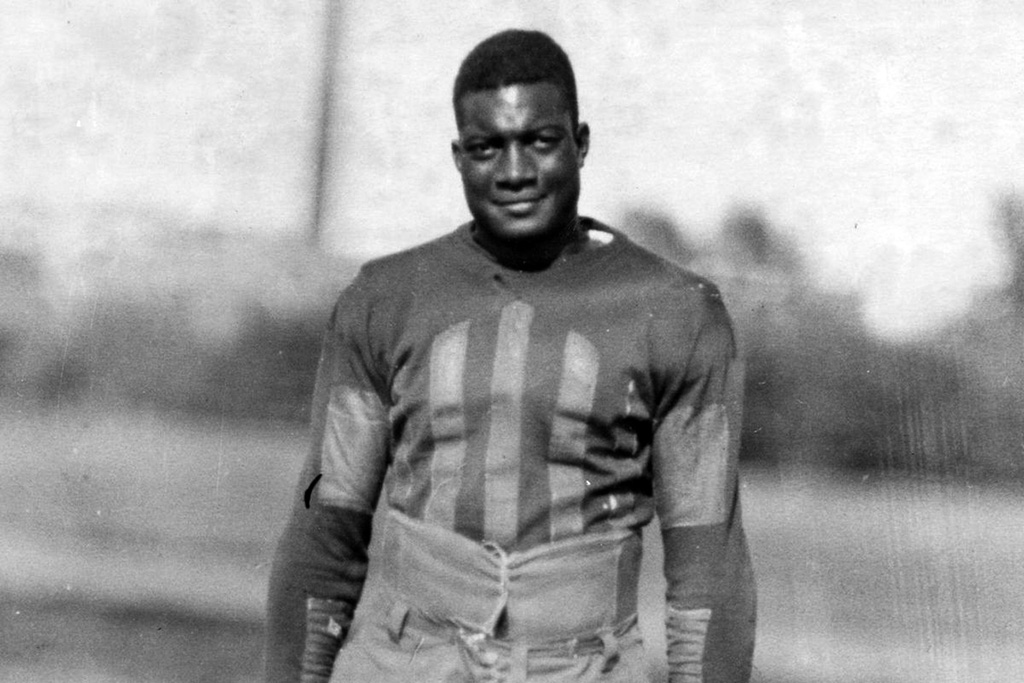 College athelete John “Jack” Green Trice, an only child, was born on May 12, 1902, in Hiram, Ohio to Green and Ann W. (Wilcoxson) Trice. Green Trice, a former Buffalo Soldier in the 10th Cavalry, was from Hardeman County, Tennessee, and Ann Trice was from Middleburg, Virginia. Trice’s father died when he was seven, and during his teen years, his mother sent him to live with the Wilcoxson family in Cleveland. He graduated from East Technical High School, where he played football, at age nineteen.

After high school, Trice enrolled in Iowa State College (now Iowa State University) in Ames, Iowa, where his major was animal husbandry. Trice, a defensive lineman, became the first Black football player at Iowa State, which immediately created controversy in the Big Six Conference. The University of Missouri’s athletic director, Chester Brewer, for example, warned Iowa State they would forfeit an upcoming game that season if Trice played. He did not but Iowa State won the game, 3 to 0.

On July 22, 1922, Jack Trice married Denver, Colorado native Cora Mae Starland, who was only fifteen, but the couple had lied about her age to obtain a license. The couple was required to live off campus and encountered difficulty finding suitable housing. To earn a living while he was a student, Trice worked as a custodian.

When traveling with the football team, Trice was not allowed to stay with his teammates. During Iowa State’s second game of the 1923 season against the University of Minnesota, he stayed in the Curtis Hotel in downtown Minneapolis.

Trice was subject to unusual and unnecessary roughness against opposing teams. During the game with Minnesota, Trice sustained a broken collarbone but continued to play. Later in the game, he was trampled by three University of Minnesota players.

After returning to Ames, Jack Trice died on October 8, 1923, at the age of 21. The cause of death was hemorrhaged lungs and internal bleeding sustained during the Iowa State-Minnesota football game. Cora Mae Trice moved to Youngstown, Ohio, and later remarried Homer Lee Greene in 1927.

After Trice’s death, Iowa State University did not play against the University of Minnesota for 66 years. In 1988, a bronze statue of Trice was erected in his honor near two campus residence halls. In 1997, the university officially changed the name of its stadium from Cyclone Stadium to Jack Trice Stadium. It is the only Division I football stadium named after an African American.  In 2019, Iowa State University relocated the statue of Trice to the center of campus.