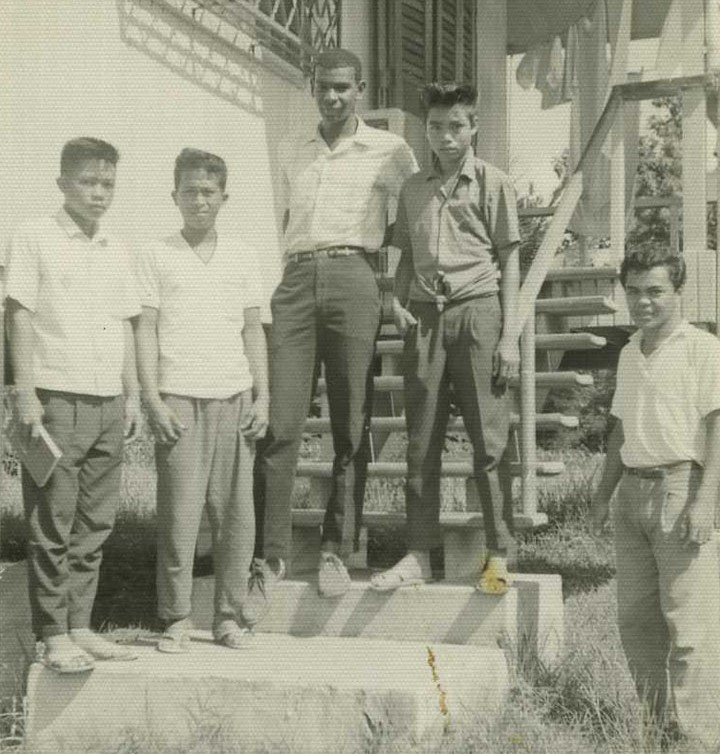 John Teamer (Middle) Serving in the Peace Corps in the Philippines, 1965

John Eric Teamer was a gay public high school teacher in Sacramento and San Francisco, California, who emerged as an important community activist in San Francisco and leader in the nationwide LBGTQ community. Teamer was born in Asheville, North Carolina, on April 26, 1941. Beginning in 1956, Teamer attended Stephens-Lee High School and later Blackburn College, an integrated, co-educational liberal arts school both in Carlinville, Illinois. After graduating from Blackburn in 1963 he joined the Peace Corps and served in the Philippines for two years from 1963 to 1965.

After his Peace Corps service, Teamer moved to California in 1966. Settling in Sacramento, the state capital, Teamer taught science at Sacramento Senior High School. By all indications, he was a popular and well-regarded teacher. Teamer left Sacramento to attend Atlanta University to pursue a master’s degree in education which he earned in 1974.

Following his residence in Atlanta, Teamer moved to San Francisco and in 1974 began teaching mathematics at Woodrow Wilson High School, a post he would keep until 1992. San Francisco was a more tolerant and open city for LGBTQ people which allowed Teamer to become active in numerous LGBTQ organizations without fear of losing his teaching position.

Teamer began to participate in both local and national organizations that fought for LGBTQ persons and civil rights. He served on the executive committee of Community United Against Violence, a San Francisco LGBTQ organization, which documented the violence against the LGBTQ community. He also co-founded in 1980 and served as co-chair, along with Michael Warmer, the National Association of Black and White Men Together (NABAWMT) which advocated for racial inclusiveness and creating a supportive environment for members of the LBGTQ community. The national organization committed itself to challenging racism, sexism, homophobia, and HIV-AIDS discrimination.

Teamer was particularly active during the HIV-AIDS epidemic which devastated the San Francisco gay community in the 1980s. He was a member of the board of directors of the Black Coalition on AIDS and served on the National Task Force on AIDS Prevention.

Fighting racism, however, always remained an important issue for Teamer as he sought to raise awareness that racism and homophobia were linked. Teamer served on the Anti-Racism Committee of NABAWMT and developed am 8-point anti-racism plan to break down racial barriers against Black LGBTQ people.

Local and national civil rights leaders, politicians and LGBTQ activists respected and honored Teamer’s activism. In 1987, the NABAWMT presented Teamer with its Founders Award at a conference held in Milwaukee, Wisconsin, and a “Special Achievement Award,” in 1989 for meritorious service. The City and County of San Francisco were appreciative of his long community service in this area. Mayor Frank Jordan of San Francisco and the board of supervisors presented Teamer with a proclamation declaring November 21, 1992, John E. Teamer Day in San Francisco. This honor recognized Teamer’s “tireless work in the gay and lesbian community to end racial prejudice and discrimination.”