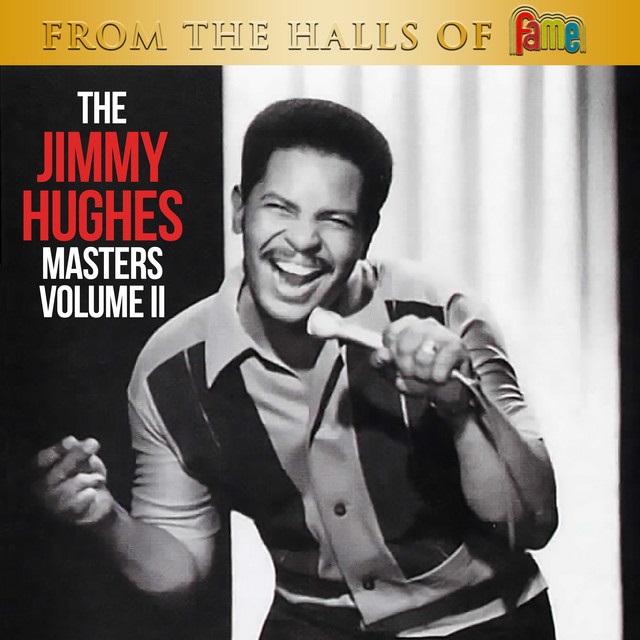 Hear a soundtrack specially chosen to enhance your learning about Jimmy J. Hughes (1938- )

R&B tenor singer Jimmy J. Hughes was born February 3, 1938, in Leighton, Alabama. At the age of 5, he listened to Radio WLAY, a country music station in Littleton, Alabama. He sang country because that was the only radio station he heard until he began to listen to WLAC, a Black-oriented station coming out of Nashville, Tennessee. That station introduced him to R&B, the blues, and other genres of music appealing to the Black community. At the same time, Hughes was influenced by religious music he heard at Galilee Missionary Baptist Church in Leighton.

While a high school student at the Leighton Training (Rosenwald) School in 1954, Hughes was a member of The Singing Clouds, a gospel quartet. By 1962, 24-year-old Hughes was performing as the opening act with the legendary R&B performers, Sam Cooke, Jackie Wilson, and Bobby Womack. At the same time, his day job was at Robbins Tire & Rubber Company in Muscle Shoals, Alabama. Hughes wrote most of his songs at the factory and performed regularly with a gospel group in northern Alabama and occasionally on the Tuscumbia, Alabama radio station WZZA.

Later in 1962 he auditioned at FAME Studios in Muscle Shoals and signed with the Guyden label in Philadelphia where he released his first single, “I’m Qualified,” a rhythm-and-blues ballad penned by Hughes and disc jockey friend Quin Ivy. The song did not make the charts. Not deterred, Hughes two years later released the 1964 R&B ballad “Steal Away,” which he said was inspired by the Negro Spiritual “Steal Away to Jesus.” The song peaked at no. 17 on the Billboard Hot 100. Hughes’ follow-up record, “Try Me,” reached no. 65 on the Hot 100. As a result of this success, he recorded his debut album, Steal Away, on the Vee-Jay label. “I Worship the Ground You Walk On” from that album that reached no. 25 R&B in 1966.

Hughes produced three albums including Something Special on the Volt label in 1969 but by 1971 he left the music industry and began working for the Leighton City Government. In 1976, “Steal Away” was re-released along with the B Side, “Here I Stand.” Both songs were only moderately successful.

In 2021, the Town of Leighton celebrated its inaugural “Jimmy Hughes Day festival” on Main Street.