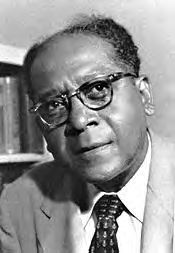 Fabián Jesús Colón López, Afro-Puerto Rican Marxist, socialist, communist, writer, and political and community activist, was born on January 20, 1901 in Cayey, Puerto Rico (PR), to Paula López Colón (1874-1927), a domestic worker, and Mauricio Colón Coto (1863-1920), a baker, jointer, artisan, and US Navy Fleet Supply Base laborer. One of five children along with María, Olimpia, Juanita and Joaquín, Jesús became politicized when he heard the Lectores (cigar readers) deliver daily news and history to tobacco workers near his home as a youngster.

He taught at the prominent Jefferson School of Social Science under its director of curriculum, Doxey A. Wilkerson from 1944 to 1956. Colón was part of a cadre of progressives that promoted Marxist scientific socialism and created a space for Marxist-Leninist radicals at the Jeff School. He also taught Marxism and Puerto Rican history for the Marxist Forums in Academy Hall (1957) and the Brooklyn Marxist Youth Forum (1958).

Colón ran unsuccessfully as an American Labor Party candidate for the New York City Council and State Assembly in 1953 and 1954. In 1959, he testified before New York’s Walter Commission on Un-American Activities, condemning the committee for promoting U.S. imperialism, the KKK, and White Citizens Council.

In 1969, Colón ran on the Communist Party ticket for New York City Comptroller with mayoral candidate Rasheed Storey. Their platform consisted of free daycare for working moms and an end to police brutality, the draft, and Vietnam War. They received 4,018 votes or .2% of the electorate.

Jesús Colón died at the age of 73 on May 14, 1974 in New York City. Cremated, his ashes were dispersed in the Río de la Plata in Cayey, Puerto Rico.