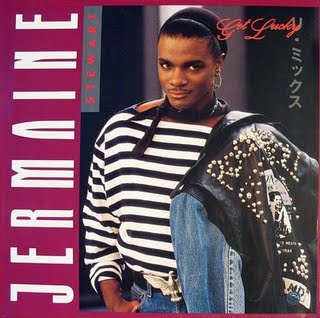 In 1977 Stewart became recognized on the musical variety television show Soul Train. He also performed background vocals for the group, Shalamar. In 1983, Stewart relocated to London, England, and by 1984, had his first solo recording contract with Arista Records where he released his debut album The Word is Out and a hit single by the same name. The album peaked at no. 90 on the US Billboard 200 albums chart, and no. 30 on the US R&B Albums chart.

Two years later, in 1986, Stewart released the album Frantic Romantic, which became his most successful album, selling more than one million copies and peaking at no. 34 on the US Billboard Album chart. The album included the Billboard Hot 100 top ten song “We Don’t Have to Take Our Clothes Off.” The single was an international hit, peaking at no. 5 in the United States on Billboard Hot 100 and reaching no.2 in Canada and the United Kingdom. That single also sold one million copies.

With the recording successes, Steward was invited by Dick Clark to be interviewed and perform on American Bandstand in 1986. Stewart sang “We Don’t Have to Take Our Clothes Off” and “Jody” which partly because of the show reached no. 42 on the Billboard Hot 100 and 18 on the Billboard R&B chart. It also peaked at no. 50 in the UK. In 1987, his single, “Don’t Ever Leave Me,” from the same album, reached no. 74 in the UK, and Stewart appeared in the video “Never Say Never” by Deniece Williams.

Stewart’s final album with Arista Records, What Becomes a Legend Most, (1990) did not fare well. The lead single, “Every Woman Wants To” from that album reached only no. 95 in the UK. In 1991, Stewart’s album with his new label, Reprise Records, Set Me Free also failed to generate much interest.

From 1996 to 1997, while battling AIDS, Stewart recording several compositions, including his unfinished album, Believe In Me. On March 17, 1997, William Jermaine Stewart died of AIDS complications in Homewood, Illinois. He was 39.