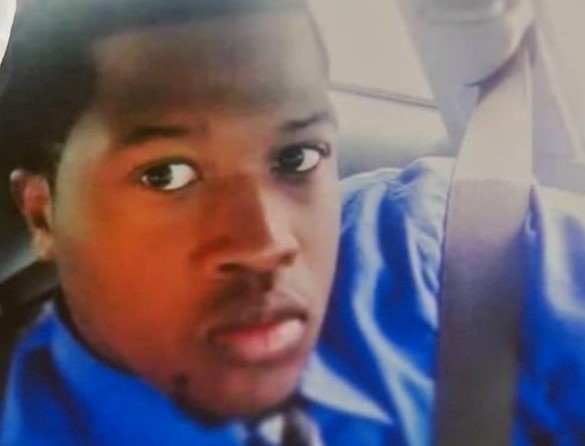 Jemel Roberson was born to Beatrice and John Roberson in South Africa on April 4, 1992. Soon afterwards the family moved to Chicago, Illinois where Roberson grew up. His friends and family remember him as a playful and caring child. Roberson attended Lane Tech Prep High School in Chicago and was a gifted gospel musician, taught himself to play the organ, and played varsity basketball. Roberson aspired to become a police officer and was scheduled to take the police exam in December 2018, just one month after he was shot and killed.

Roberson, 26 years old in 2018, was working as a security guard for Manny’s Blue Room Bar in Robbins, Illinois when he was shot and killed by Ian Covey, a white police officer who worked for the Midlothian Police Department on November 11, 2018. Roberson managed to subdue a suspect who shot four people inside the club. Upon arrival to the scene, Covey thought Roberson was the actual shooter and shot him four times in the back and side, killing him. Some witnesses explained that Roberson’s hat had the word “security” displayed on the front while Covey stated that it was not clear Roberson was the security guard.

Covey was placed on paid administrative leave and, to date, the case is still being investigated. Roberson’s family wants to see Covey indicted for Roberson’s death and has since filed a wrongful death civil lawsuit which remains in litigation as of this writing. Roberson’s sister Deanna Green explained that the May 25, 2020 death of George Floyd has only exacerbated the family’s pain over Jemel’s death. Several Black Lives Matter marches have occurred in Midlothian to honor the memory of Roberson with the most recent one held on June 27, 2020. A week prior, on June 13, 2020, Roberson’s family honored his memory on his daughter’s Justice’s first birthday. Roberson also had a son, Tristan.