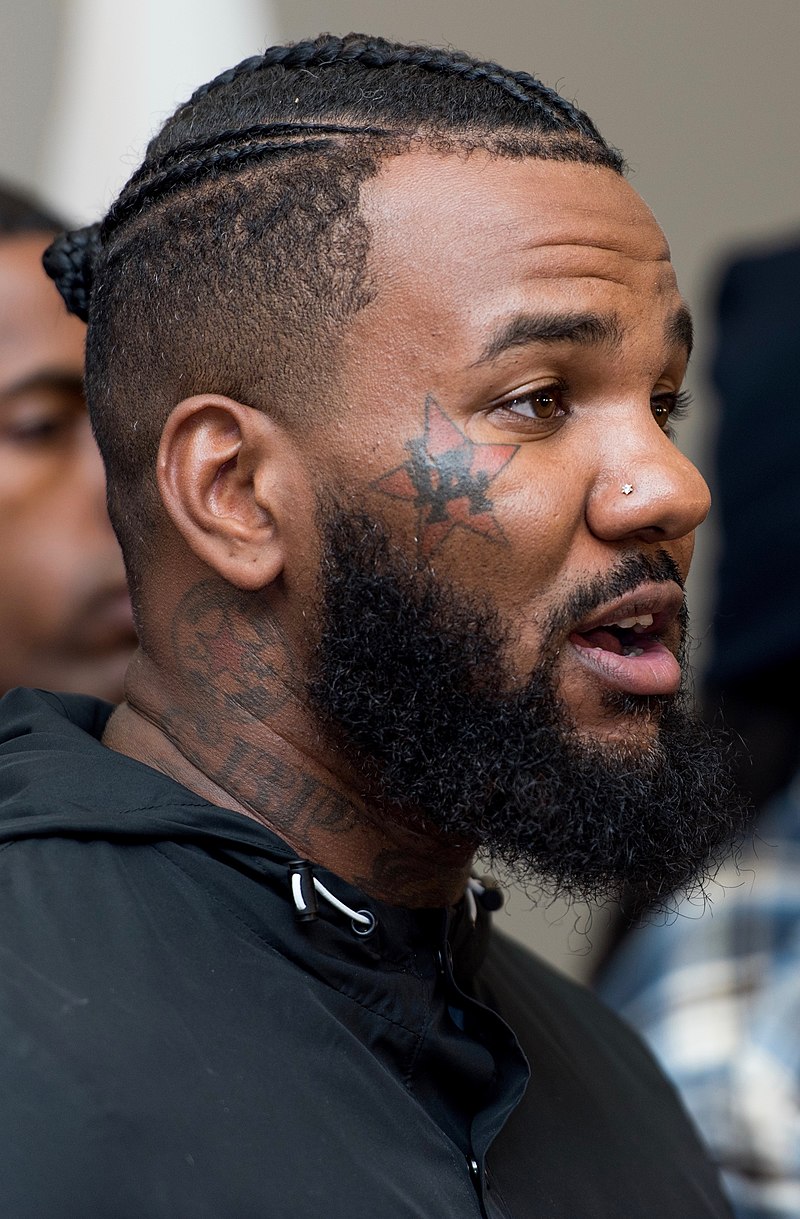 Jayceon Terell “The Game” Taylor is a rapper and actor credited with bringing the West Hip Hop Scene back into the mainstream during the 2000s. Taylor was born On November 29, 1979 to George Taylor and Lynette Baker in Compton, California. Both of Taylor’s parents were members of the Crips, an African American street-based in Los Angeles. Growing up, Taylor experienced a difficult childhood where both of his parents were drug addicts. His father also molested his sisters, and Jayceon was placed in foster care at the age of seven. When he was thirteen years old, his older brother Jevon died from gunshot wounds. At the age of fifteen, he was removed from foster care and reunited with his mother.

Taylor attended Compton High School, where he participated in basketball and track. After he graduated from high school, he received a basketball scholarship to attended Washington State University in Pullman, Washington but was expelled after being caught with drugs. During this time, Taylor started to sell drugs and became a member of the Bloods street game in Compton with his half-brother George “Big Fase 100″ Taylor. On October 1, 2001, Taylor was shot five times and left in a coma after a robbery attempt. Taylor recovered from the shooting but changed the course of his life.

Taylor’s rap career began in 2002 when he released a series of rap mixtapes and adopted the rap name, “The Game” after a nickname from his grandmother. His mixtapes came to the attention of rap mogul Sean “Puffy” Combs but Taylor never signed with Bad Boy Entertainment. In 2003 he did sign with Andre Romelle “Dr. Dre” Young’s label, Aftermath Entertainment, and joined Curtis “50 Cent” Jackson’s group, G-Unit. In 2005, Taylor released his debut album The Documentary with the hit singles “How We Do” and “Hate it or Love It.”  The album went double platinum, selling more than two million units. In 2006, Taylor released his second album, Doctor’s Advocate, which included the hit singles “It’s Okay (One Blood),” “Let’s Ride,” and “Wouldn’t Get Far.” This album sold more than one million units. Taylor released other rap albums during his rap career, including LAX (2008), The Red Album (2011), Jesus Piece (2012), The Documentary 2 (2015), The Documentary 2.5 (2015), and Born 2 Rap (2019). An actor as well, Taylor appeared in Waist Deep (2006) and Belly 2: Millionaire Boyz Club (2006).

Despite Taylor’s success, his career has had numerous controversies including rap feuds with Curtis “50 Cent” Jackson and Robert “Meek Mill” Williams. Adding to the controversy, Taylor was accused of sexual assault of a reality show contestant, Priscilla Rainey in 2016. He denied the accusation. Despite the controversy, Taylor remains in the entertainment business as of 2021. He has two sons Harlem Caron Taylor (born 2003) and King Justice Taylor (2007) and a daughter, California “Cali” Dream Taylor (born 2010). Taylor was at one time in a relationship with Tiffany Cambridge but the couple never married.