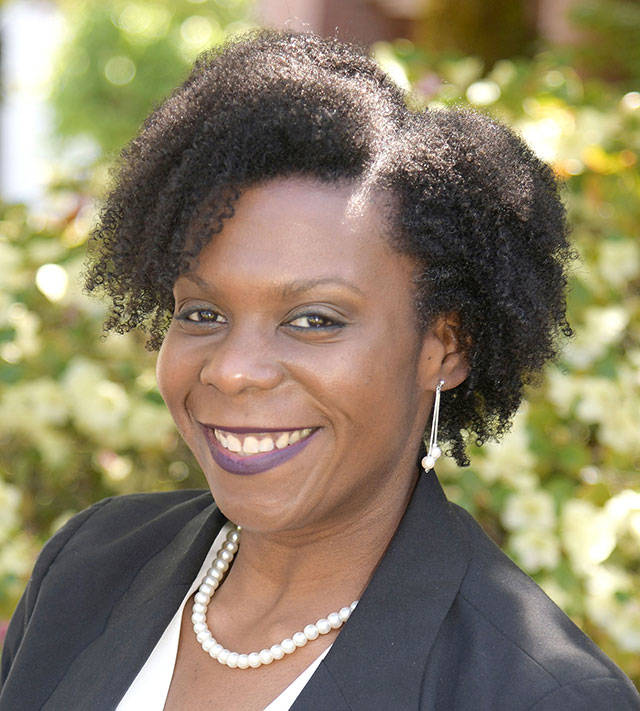 Taylor, a Democrat, was elected to the legislature in November 2020 and took her seat in January 2021.  She serves as vice-chair of the Housing, Human Services and Veterans Committee, and serves on the Community and Economic Development and Transportation Committees. She also serves as chair of the Black Members Caucus. She has sponsored bills to reform police practices, restore voting rights to formerly incarcerated persons, increase juvenile access to attorneys, strengthen tenant rights, and increase affordable housing.

Born in St. Paul, Minnesota, in 1975, Rep. Taylor grew up in San Luis Obispo California. She is the daughter of a former history professor, Quintard Taylor, and a former Girl Scout office administrator, Carolyn Fain Taylor. She earned her undergraduate degree in sociology from Virginia State University in 1998, then worked in the material handling distribution industry in Richmond, Virginia for several years before enrolling in the University of Oregon School of Law. While in law school, Taylor served as the Western Region Chair of the National Black Law Students Association (BLSA), chair of the law school’s BLSA chapter, and as a judicial extern for Judge Charles D. Carlson of the Lane County Circuit Court.

Taylor earned her law degree in 2007 and moved to Washington State. Beginning in 2009, she worked as the Outreach Program Director for the Urban League of Metropolitan Seattle, focused on street youth violence prevention. In 2011, she continued her focus on street youth violence prevention as the Central Area Network Coordinator with Therapeutic Health Services. In 2014, she opened her own legal practice and nonprofit consulting business.

Taylor joined the Northwest Justice Project as a staff attorney in 2017, then became statewide advocacy counsel for its Crime Victims Civil Legal Services in 2018. Most recently, in addition to continuing her own legal practice, she served in 2020 as a staff attorney for the Public Defender Association LEAD (Law Enforcement Assisted Diversion / Let Everyone Advance with Dignity) Legal Services Racial Disparity Project.

Rep. Taylor has served as a board member of the Judicial Institute of Washington and of the Girl Scouts of Western Washington (2010-2012). She was a member of the Highline College Foundation board (2013-2016) and was a founding board member of BlackPast.org. She was the Vice President and Program Chair for the Alpha Kappa Alpha sorority Delta Upsilon Omega Chapter.

Her honors include the Loren Miller Bar Association’s Volunteer of the Year award for her leadership as the chair of LMBA’s Judicial Evaluation Committee. She was a Gold Award Legacy recipient, given by the Girl Scouts of Western Washington for her long-standing commitment to public service. Rep. Taylor was a 2016 Washington Leadership Institute Fellow and a 2013 participant in Leadership Tomorrow.