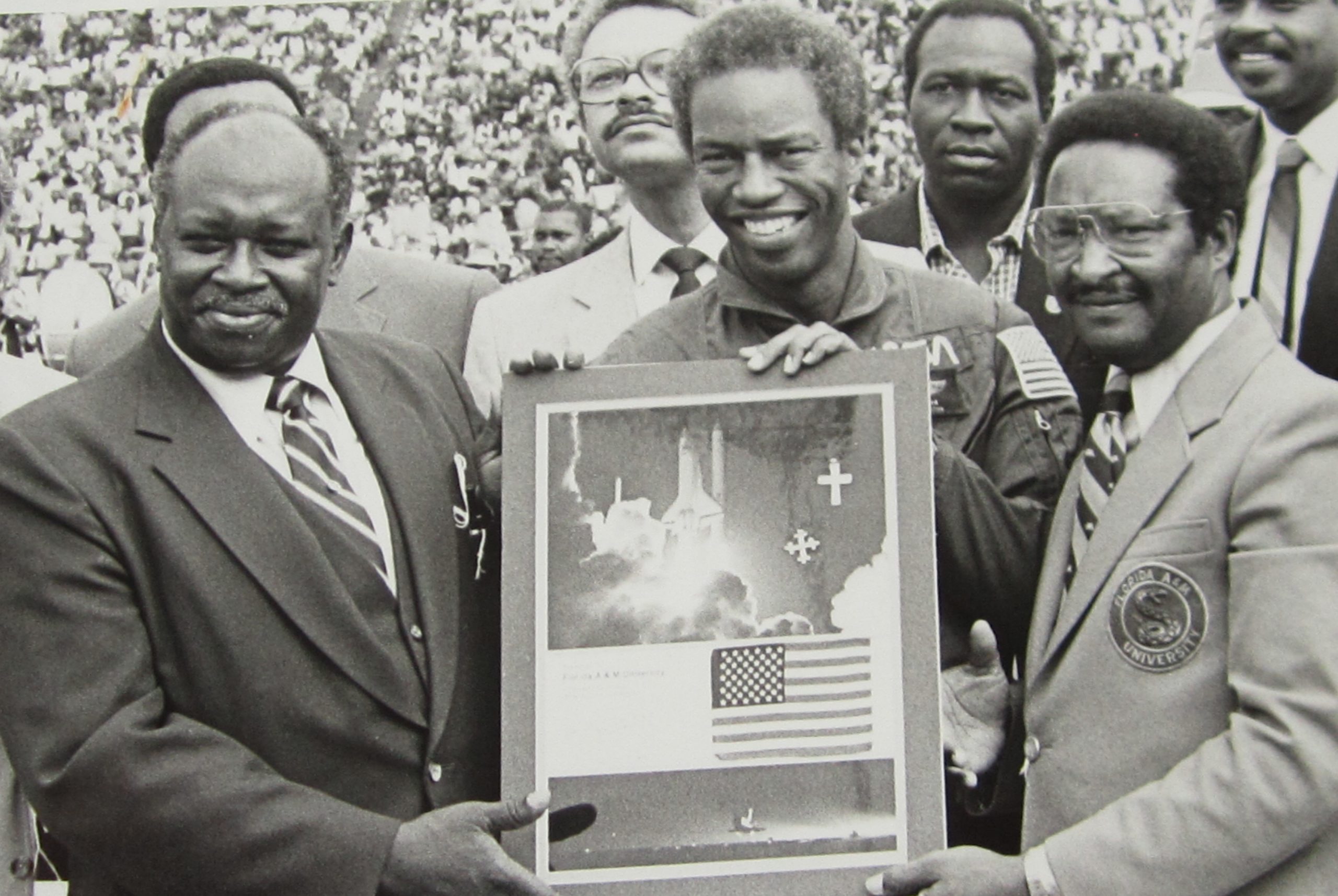 James N. Eaton, archivist, curator, museum founder, distinguished professor of history and pioneering architect of the Black studies movement in Florida was born in Richmond, Virginia on September 14, 1930 to Sarah Cousin Eaton, a domestic, and John Jasper Eaton, Sr., a broom maker, World War I veteran, cook, farmworker and cemetery keeper, and Baptist preacher. Eaton was the youngest of four that included Virginia, John, and Martha. Eaton’s father died of pulmonary tuberculosis in 1937.

In 1940, Eaton attended Van De Vyver, a Black Catholic school in the Jackson Ward section of Richmond. The Irish Franciscan Sister Mary Pancratius gave Eaton his exposure to European history and he graduated in the top-third of his class in 1948. Coach Jack Adkins recruited him to play football for the Fisk University Bulldogs, where he also earned Bachelor and Master of Arts History degrees (1952, 1959). Eaton minored in chemistry, took a class by famed artist Aaron Douglas, pledged Kappa Alpha Phi Fraternity, and witnessed the university become the first HBCU, along with Howard, to receive a Phi Beta Kappa Society charter. Noted scholars Alrutheus Ambush Taylor, Mary E. Spence, and Theodore S. Currier directed Eaton’s thesis on the life of Erastus Milo Cravath one of the founders of Fisk University and later its President. In 1962, Eaton attended Duke University as their first African American history doctoral student, completing coursework in Southern and Russian history.

Eaton taught for two years at Miles College (1953-1955) before returning to Richmond to become one of the first uniformed black police officers in the city in 1956. One year later he was appointed assistant principal at Hanover School for Negro Boys. Florida A&M University hired Eaton in 1958 where he won twenty-five Teacher of the Year awards (1958-2002), teaching hundreds of classes to thousands of students who became “Eatonized” while embracing his mantra “African American History is the History of America.” His support of the civil rights movement prompted KKK threats in 1961 and he was an outspoken critic of police brutality after the murder of Miami’s Arthur Lee McDuffie in 1980.

As history department chair, Eaton expanded African American Studies to a major (1970) and served as director of Florida’s Afro-American Studies Institute for Secondary School Teachers in 1972. Eaton also founded the Carrie P. Meek–James N. Eaton Southeastern Regional Black Archives Research Center and Museum in 1975. As the “Schomburg of the South,” the Center houses over 500,000 documents and artifacts on the black experience. Eaton was also instrumental for the infusion of black history into the state public school curriculum as the inaugural (1994) chair of Florida’s African American History Task Force.

In 1997, Florida Memorial University awarded Eaton an honorary Doctor of Humane Letters for his activism in promoting African American history. He died at the age of seventy-four due to diabetes complications on October 26, 2004. Survivors include his third wife, Leathea Denesa Harris Eaton and eight children.