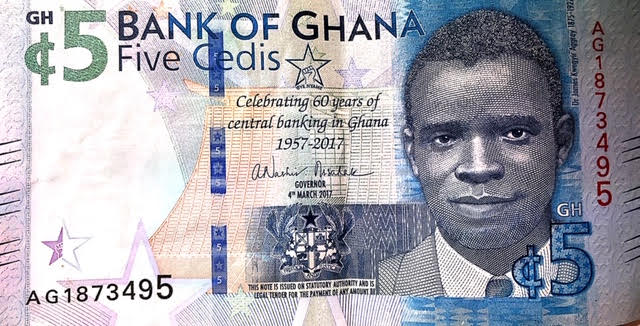 Inarguably, one of the leading figures in African and African American history is Dr. James Emmanuel Kwegyir Aggrey, known as “Aggrey of Africa.” Not only can Africa claim him, but also the African Diaspora. Aggrey was born on October 18, 1875, at Anomabo in the Gold Coast (now Ghana) to Princess Abena Anowa and Okyeame Prince Kodwo Kwegyir. Aggrey became an accomplished missionary, educator, Pan-Africanist, and public intellectual. He received his early education in the Gold Coast.

In 1898 Aggrey sailed to the United States to be trained as a missionary. He attended Livingstone College, a private HBCU, in Salisbury, North Carolina. He graduated in 1902 earning three academic degrees. Aggrey was fluent in both Ghanaian and European languages.

In 1903 Aggrey was ordained as a minister in the African Methodist Episcopal Zion Church. He married Rosebud “Rose” Douglas, an African American woman from Virginia, in 1905. The couple had four children: Abna Azalea Aggrey, Kwegyir Aggrey, Rosebud Douglass Aggrey, and Orison Rudolph Aggrey who later became a U.S. Ambassador to Senegal and Gambia and later to Romania.

James Aggrey earned his doctorate degree in Theology in 1912; followed by a doctorate in Osteopathy in 1914; he pursued further studies at Columbia University. He served on the Faculty and Administration at Livingstone College for two decades. During this period as part of the Phelps-Stokes Commission to Africa, Aggrey visited 10 countries: Sierra Leone, Liberia, the Gold Coast (now Ghana), Cameroon, Nigeria, all in 1920 and the Belgian Congo (now the Democratic Republic of the Congo), Angola, and South Africa in 1921. On all of those official visits he emphasized the significance of education to African leaders. In the Gold Coast, Aggrey persuaded British Colonial Governor Gordon Guggisberg that Achimota College (formerly Prince of Wales College) should be co-educational.

Aggrey experienced racism in colonial Africa and in the U.S. He delivered a lecture in South Africa on racial harmony: “Black keys of the piano give good sounds and the white keys give good sounds, but the combination of the two gives the best melody.” About Africa and its culture Aggrey proclaimed, “Let Africans remain good Africans and not a poor copy of Europeans.”

In 1924, Aggrey joined another Phelps-Stokes Commission to Africa; founded Achimota School in the Gold Coast in 1924 and served as its Vice Principal from 1925 to 1927. He returned to the United States in May 1927 to preach, lecture, and to complete a book at Columbia University.

James Emmanuel Kwegyir Aggrey fell ill from meningococcal meningitis and died July 30, 1927 at age 52. His legacy includes many honors accorded to him and his wife Rose who died in 1961: Aggrey Historical Markers in North Carolina, Aggrey Student Union at Livingstone College, Aggrey Memorial High School in Salisbury, Aggrey House in London, and Distinguished Professorship at University of Cape Coast.