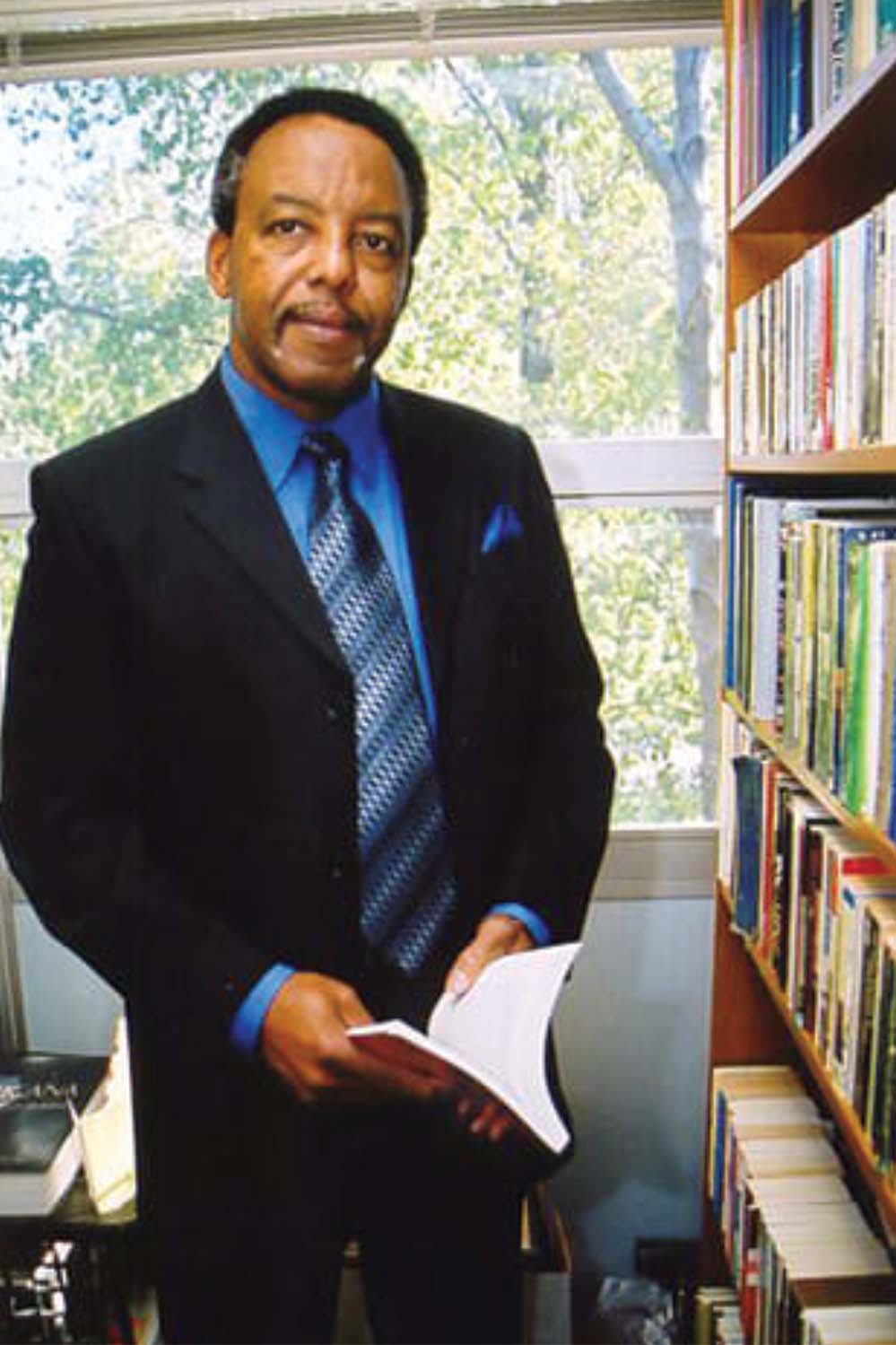 James E. Walton, longtime professor of English at California State University, Fresno, was born on September 13, 1944 in Bessemer, Alabama to Willie Walton, Sr. and Mary Woods Cutts. Walton attended a two-room schoolhouse in Alabama. At age three, his grandmother taught him to read which enabled Walton to skip the first grade and allowing a high-school graduation at age 16.

Walton and his family moved to Canton, Ohio in 1950. In his senior year at McKinley High School in Canton, he won Canton City Championship in the 880-yard run (1/2 mile).

The move to Canton allowed Walton to attend the Seventh-Day Adventist Church in that city. The SDA was segregated and during Christmas, both the white and black sects put on separate Nativity plays. While Walton was performing in the black play, Dr. Joseph Nozaki, a local surgeon, impressed by his performance, persuaded Jim to accompany him to Andrews University in Berrien Springs, Michigan.

Walton later transferred to Kent State, majored in English and upon graduation in 1967, taught at McKinley High School in Canton for three years, 1967-1970. Walton attained his Masters’ Degree at the University of Akron in 1973. For his Masters’ thesis, Walton wrote original criticism of James Baldwin’s Go Tell it on the Mountain and Another Country; Richard Wright’s Native Son; Chester Himes’ If He Hollers, Let Him Go, and Ralph Ellison’s incomparable Invisible Man. This scholarship and his later writings on Wright’s Black Boy and Chester Himes’ works were published in a wide array of periodicals including the Modern Language Association Journal, Proud Black Images, English Language Arts Bulletin, The Association for the Humanities, and Oxygen. In 1978 Walton received a Ph.D. at the University of Akron.

Dr. Walton began his collegiate teaching career at Mount Union College in Alliance, Ohio where he became the first black male instructor at the college. Walton spent his summers teaching as an Exchange Professor in Tokyo and Osaka, Japan in the 1970s and became fluent in Japanese. His exchange experience in Japan led Walton to eventually publish on the Japanese public education system. Teaching was a true gift for Dr. Walton and Mount Union College in 1989 honored him with the “Great Teacher Award.”

In 1992 Dr. Walton began teaching at California State University-Fresno. He was the first black faculty member in the English Department and served as its chair between 2002 and 2010.

Walton was on the Mall in Washington, D.C. in 1963 for Dr. King’s historic “I have a Dream” speech, again in 1966 for the Million Man March, and finally in 2008 for the inauguration Barack Obama as the first black U.S. President.

He also was the faculty advisor to the University’s Black Student Union and Uhuru Na Umoja, the Black student newspaper. In addition, he served as the Coordinator of the Africana Studies Program from 1998 to 2002) James E. Walton spent fifty years in the classroom including five summers in Japan and one in South Korea. He also traveled to Egypt, Mexico, Netherlands, Cuba, France and Jamaica. James Walton married Doris Harrington in 1974. The couple had two children, Leonard Longmire and Tiffany Medois.