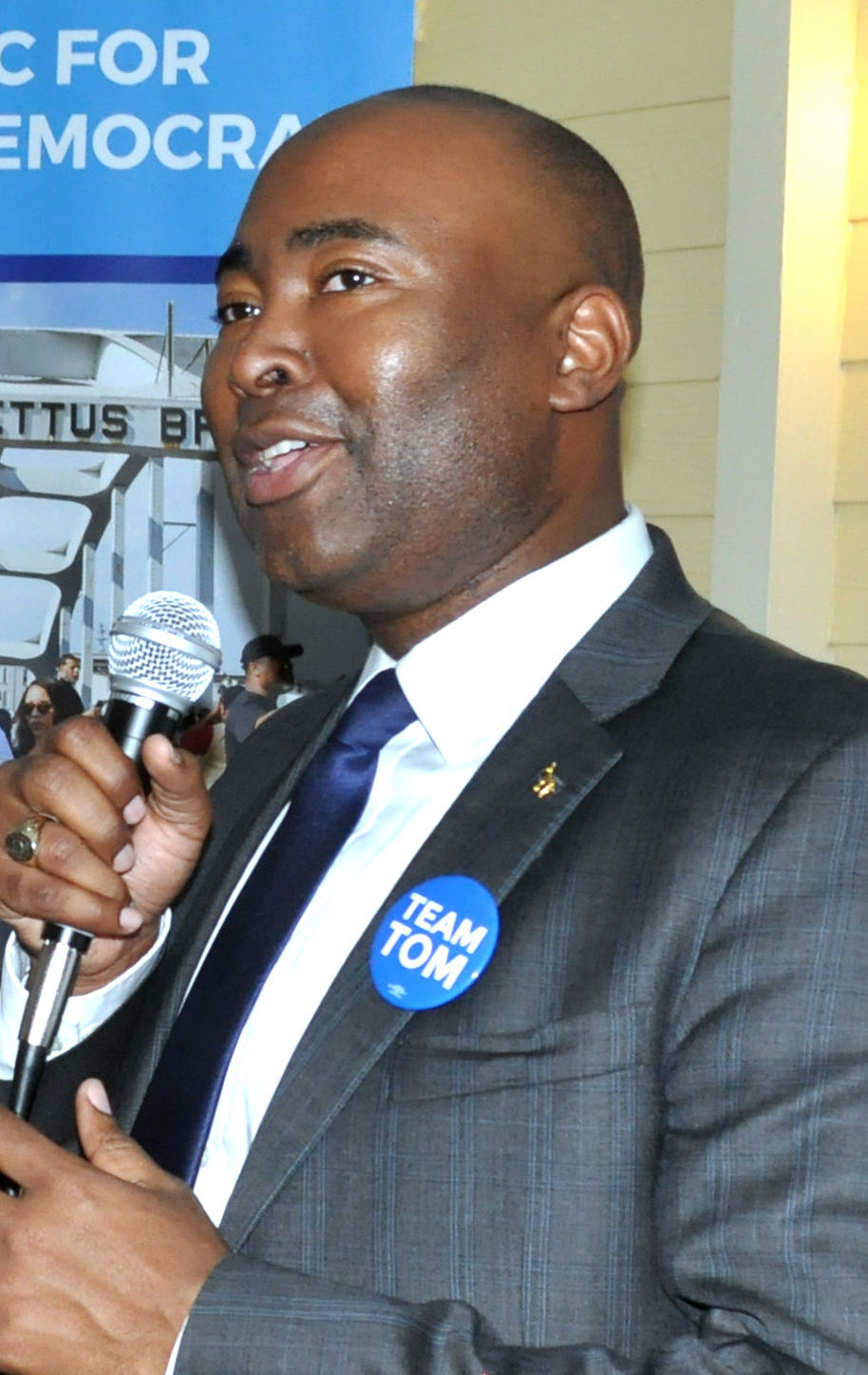 Jaime R. Harrison is the current chairman of the Democratic National Committee and the first African American elected to chair of the South Carolina Democratic Party.

Harrison was born on February 5, 1976, in Orangeburg, South Carolina. He is the son of Rodney and Patricia (Harrison) Stewart. He is the grandson of Willie and Jimmie Lou Harrison. He was raised by his teenage mother and grandparents. In 1998, Harrison a first-generation college graduate, received a B.A. in Political Science from Yale University. Following graduation, Harrison returned to Orangeburg, South Carolina and worked as a world geography teacher at his alma mater, Orangeburg-Wilkinson High School, for one year before transitioning to the role of Chief Operations Officer for College Summit.

In November 2016 Harrison took a leave of absence from the Podesta Group to launch his campaign for chair of the Democratic National Committee. However, Harrison dropped out of the race in February 2017, and endorsed Tom Perez for the chairmanship. In April 2017, Harrison step down as the South Carolina state party chairperson to take a position which he was appointed to by the Democratic Nation Chair, Tom Perez, as the associate chair of the DNC.

In 2019 Harrison filed paperwork to run for the U.S. Senate in the 2020 election. No Democrat had won a statewide election in South Caroline since 2006. In 2019, Harrison launched his campaign, winning the Democratic nomination unopposed in 2020. Harrison then ran against incumbent Senator Lindsey Graham for the South Carolina U.S. Senate seat. Using a novel national Internet fundraising strategy, Harrison broke U.S. Senate campaign fundraising records by raising $109 million, the most campaign funds ever raised by a U.S. Senate candidate. Nonetheless, he lost the election to Graham.

Harrison and his wife Marie (Boyd), a law professor at the University of South Carolina School of Law, live in Columbia, South Carolina, with their two sons William and Charles.