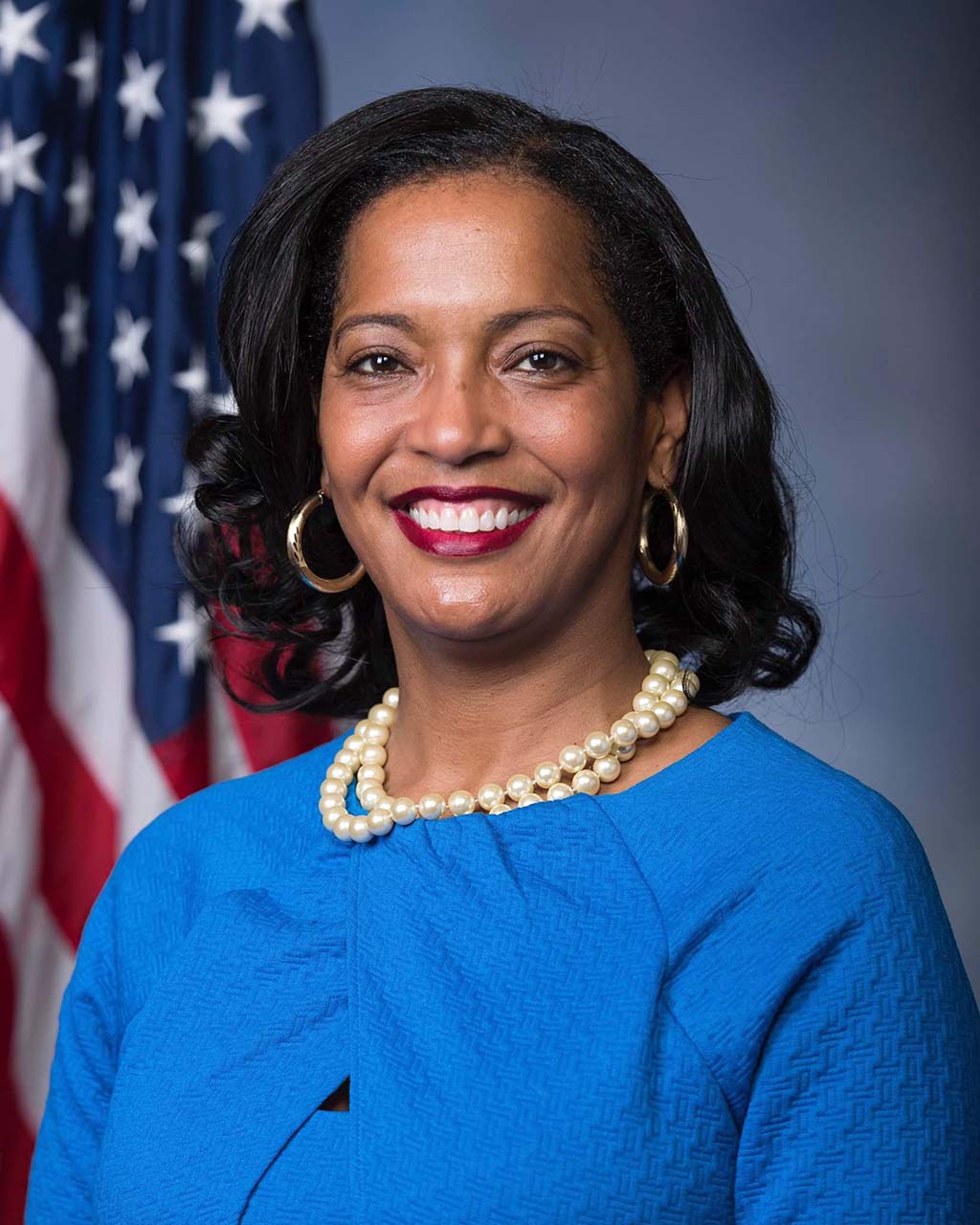 Jahana Hayes rose to national attention in 2016 when President Barack Obama named her National Teacher of the Year. A former history teacher, she is the first African American woman and African American Democrat to represent Connecticut in the United States Congress.

Hayes was born Jahana Flemming in Waterbury in 1973. She grew up poor in the Berkeley Heights housing projects with a drug-addicted mother. After bouts of homelessness, she was raised by her grandmother.

Through a turbulent childhood, Hayes concentrated on her education, but despite honor roll and advanced placement classes, at sixteen she became pregnant. A forced move to an alternative school for teen mothers threatened to narrow her education and prospects, but working night jobs, including as a nursing aide, to support her daughter Asia, she went back to school in her early twenties.

Hayes used a 2002 A.A. degree from Naugatuck Valley Community College as a springboard to a bachelor’s degree from Southern Connecticut State in 2005. In 2012, she completed a master’s degree in Curriculum and Instruction at the University of Saint Joseph. And in 2014, she earned her Sixth-Year Educational Administration and Supervision Certificate from the University of Bridgeport School of Education.

Senator Murphy approached Hayes about running for office in their state’s 5th District when three term incumbent Elizabeth Esty resigned her seat. By this time, in 2016, she had left teaching and was a professional development supervisor for Waterbury Public Schools. Having never held public office, Hayes initially demurred but then decided it was an opportunity to be a voice for her community.

Her difficult youth was front and center as she ran in a majority white district stretching from Danbury to New Britain, including the Litchfield County hill towns, Meriden and Waterbury, Hayes defied what it looked like to run for Congress and win in Connecticut.

Up against a citizenry who had only ever voted in one African American—Republican Gary Franks in the 1990s—and a powerful Democratic machine, which backed another candidate, Hayes won her primary in a 62 to 38 percent upset. With only 102 days, no money, and no network, she beat Republican Manny Santos and went on to victory in the 2018 November elections. Hayes and freshman Congresswoman Ayanna Pressley (D-MA) are the first two women of color to represent New England.

Jahana Hayes is married to police detective Milford Hayes. They live in Wolcott, Connecticut and have four children.