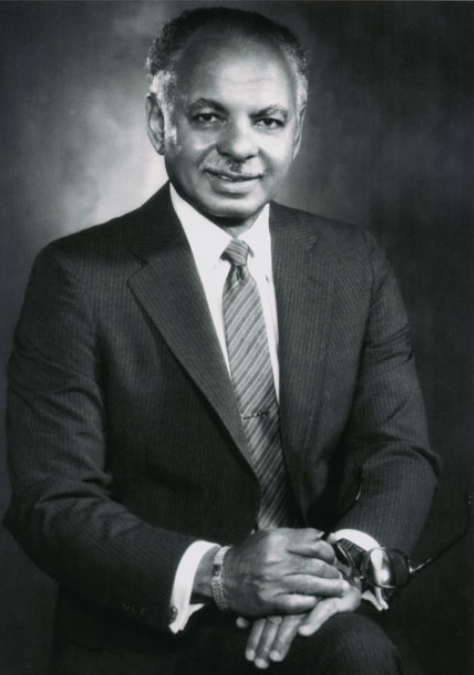 Insurance executive Ivan James Houston was born in Los Angeles, California on June 15, 1925 to Norman Oliver Houston and Doris Talbot (Young) Houston. He attended public schools in Los Angeles and graduated from John H. Francis Polytechnic High School in 1943. Later that year he enlisted in the U.S. Army and was sent to Fort Benning, Georgia, for infantry training, assigned to the same unit his father was a part of, the 92nd Infantry Regiment Division of the U.S. Fifth Army, a unit known as the Buffalo Soldiers. During this trip, the train stopped in Birmingham, Alabama, and he and another Marine went to the Hotel Bankhead to eat. The unit was served, but local Police Chief Theophilus “Bull” Connor was contacted and Birmingham newspapers later reported that two “Negroes” has somehow gotten into the hotel and been served, causing an uproar.

After spending some time in Fort Huachuca, Arizona, Houston’s unit was sent to Camp Patrick Henry, Virginia, and then off to North Africa. The next destination was Naples, Italy, where Houston witnessed the bombing of the Port of Naples by the Germans. His unit was assigned to fight with the 12th South African Armored Brigade in the city of Civitavecchia in northern Italy. His unit had interactions with Brazilian troops and newly liberated Italians who joined Allied forces. Houston translated for both units since he spoke Spanish which he could translate into Portuguese, and Italian. In April of 1945, Houston was wounded when a nearby house was hit by a mortar shell. He was later awarded the Mediterranean theater of operations medal, a Bronze Star, and a Purple Heart before being discharged in 1946, and returning to Los Angeles.

Houston married Phillipa Elizabeth Jones on July 15, 1946 and together they had three children; Pamela, Kathleen, and Ivan. He attended the University of California, Berkeley, obtaining his Bachelor of Science in the Spring of 1948. During his time at Berkeley, Houston became a member of Kappa Alpha Psi Fraternity. He then studied Actuarial Science at the University of Manitoba, Winnipeg, Canada, from 1948 to 1949.

Houston began working with his father at the Golden State Mutual Life Insurance Company in 1948. For the next forty years, Houston served as an Accountant, Actuary, Vice President, and Senior Vice President. He was named President in 1970, CEO in 1980, and retired from the company in 1991. Houston was also on the Board of Directors for Kaiser Aluminum and Chemical Corp, Pacific Telesis Corp., First Interstate Bank California, and Metromedia. In 1993, Houston received an honorary Doctor of Laws from the University of La Verne.

Throughout his career, Houston was a member of numerous organizations including the Los Angeles Urban League and American Association of Actuaries. He is a second-generation member of Sigma Pi Phi Fraternity. In 2009, Houston published a memoir, Black Warriors: The Buffalo Soldiers of World War II.

Ivan J. Houston died in Los Angeles on March 1, 2020 at the age of 94. He is survived by his children, Ivan A. Houston, Pamela Houston-Chretien, and Kathi Houston-Berryman.