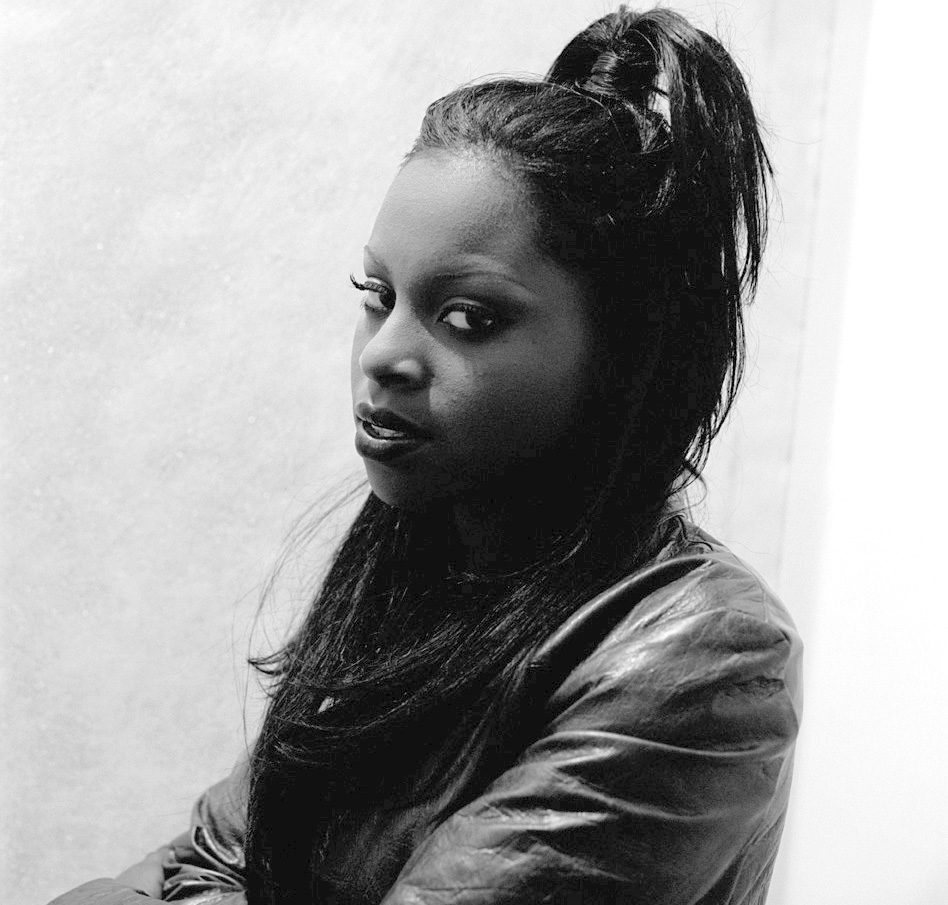 Marchand grew up in Brooklyn and attended Brooklyn College Academy High School. She began rapping in her teens and won a local talent competition in 1994. Because of that win the 16-year-old was invited to rap over LL Cool J’s “I Shot Ya.” She was quickly invited to perform on tracks with other artists such as Toni Braxton, Case, and Jay-Z.

Marchand signed with Def Jam Records in 1996 and released her debut album, Ill Na Na, the same year. The album debuted at number seven on the Billboard 200 album chart, and sold over 109,000 copies in its first week, subsequently reaching platinum status, selling over one million copies worldwide.

Along with rappers Nas, AZ, and Nature, Marchand formed the group, The Firm in 1997 with Bad Boy Records. The group released one album, Nas, Foxy Brown, AZ, and Nature Present The Firm: The Album. In the summer of 1997, she toured with several groups including The Spice Girls, Stone Temple Pilots, Cypress Hill, and Snoop Dogg and made her acting debut in the movie Woo in 1998. Marchand released her second album, Chyna Doll, in 1999. It debuted at number one on the Billboard album chart, becoming only the second female rap album to do so. It sold over 173,000 copies in its first week, and although sales declined, the album has since been certified platinum meaning it sold over one million copies.

Her album Broken Silence was released in 2001, debuting at number five on the Billboard charts, and was certified gold after selling over 500,000 copies worldwide. Marchand released the single “Stylin” in 2002, which featured rappers Birdman, Loon, N.O.R.E, and her brother Gavin on the remix track. The single was a part of the album Ill Na Na 2:The Fever, but was never released. Marchand left Def Jam Records in 2003, returned after Jay-Z became CEO and president of the company in 2004, and then left Def Jam a second and final time in 2007. She then launched an independent record label, Black Rose Entertainment, and in 2004, released her luxury furs in conjunction with Alexis & Gianni retailers. By that point she was also modeling for Calvin Klein, and Christian Dior. Brooklyn Don Diva, her street mixtape, was released in 2008.

Marchand’s life has had challenges. She was admitted to a drug rehabilitation center in 2000, suffered hearing loss in 2005, and has had several run-ins with the law, including spending time in jail in 2007. She was engaged to rappers Kurupt (1997-1999), and Spragga Benz (2001-2003), and was also romantically involved with Rick Ross. She gave birth to daughter C’Yani in 2018. Marchand has not released any music since her mixtape in 2008 but in 2020 she wrote the lyrics on rapper Nas’s album King’s Disease.