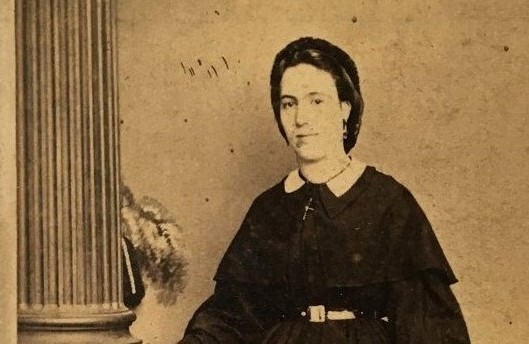 Catholic nun and philanthropist Henriette Díaz de Lille was born of African descent on March 11, 1813, in New Orleans, Louisiana. Her great, great, grandmother was an enslaved person who was brought from West Africa. Her mother, Marie-Josèphe Díaz, was a quadroon and a free woman of color, and her father, Jean-Baptiste Lille Sarpy, from Fumel, France, was a common-law husband as marriage between Black and white races was prohibited by law in Louisiana at that time. Henriette had two siblings, Cecile Bonile de Lille and Samuel Hart de Lille. All of the children were reared as Roman Catholics on the 500 block of Burgundy Street in the city’s French Quarter. Unlike her siblings, however, who passed as white, Henriette always referred to herself as a free person of color.

In 1827, at the age of 14, the already well-educated Henriette taught at the St. Claude School for girls of color. She remained there until 1835. In that year, upon learning of the severe mental illness of her mother, she inherited the family’s assets, including both money and real estate, and began functioning as a caregiver. She sold the remaining property in the estate to begin an order of Black Catholic nuns, The Sisters of the Presentation.

Between 1835 and 1837, Henriette gave birth to two children while in a concubine relationship called plaçage where wealthy white European men lived with Black women. Despite her status she spoke out against the plaçage system as it violated the Catholic sacrament of marriage. Instead, she responded to her “spiritual calling” of educating the enslaved, caring for the sick, the poor, and those of old age. By 1842, she renamed Sisters of the Presentation to the Sisters of the Holy Family; housed at St. Augustine’s Church, with her two lifelong friends, Juliette Gaudin, born in Cuba of Haitian parents, and Josephine Charles from France. During this time, Henriette established an apostolic ministry throughout New Orleans and served as the order’s first Mother Superior.

Henriette Díaz de Lille died of tuberculosis on November 17, 1862 in New Orleans Louisiana. She was 50. By 1909, the work of this trailblazer and of the Catholic order she created, the Sister of the Holy Family ministry had grown to 105 sisters with an academy attended by more than 1,300 students.

The Vatican, recognizing her work, began in 1989 to consider the canonization of Henriette de Lille. In 2010, 148 years after her death, Pope Benedict XVI, by formal decree, declared her “venerable,” which is a Catholic who has attained a high level of sanctity but who has not been canonized.