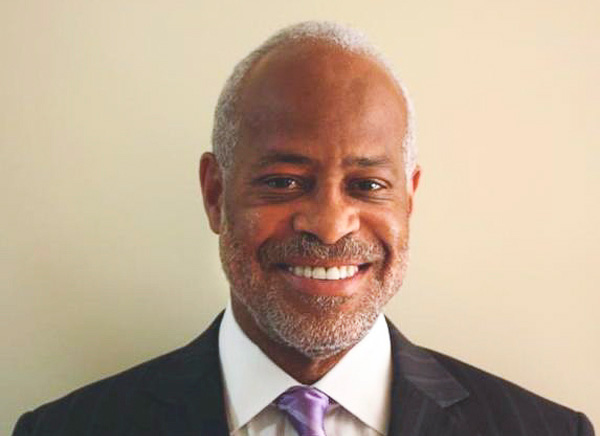 On July 1, 2020, Harry Elam Jr. became the 16th President of Occidental College in Los Angeles, California, one of the country’s top liberal arts colleges. Elam was born in the Roxbury neighborhood of Boston, Massachusetts and is the older brother of Guru (1968-2010), founder of the rap group Gang Starr. His father Harry Elam Sr., served as the first black Chief Justice in the Boston Municipal Court, and his mother, Barbara, was the co-director of libraries in the Boston Public School system. Elam graduated from Noble and Greenough School (Massachusetts) in 1973. While in high school, Elam, along with his brother, created a black theater group named “The Family” and used performance proceeds for scholarships for students in need. He then attended Harvard University, earning his Bachelors’ degree in 1978, and his Ph.D. in Dramatic Arts from University of California, Berkeley in 1984. While he was writing his dissertation, Elam accepted a teaching position at the University of Maryland.

Elam joined the faculty of Stanford in 1990, after he accepted a visiting position in the Drama Department in 1989. He became an Associate Professor, working in the Department of Theater and Performance Studies. During his tenure, he created the Institute for Diversity in the Arts, initiated a summer bridge program for first-year students, and designed a program to increase the number of students of color pursuing graduate degrees in STEM fields.

Elam became Freeman-Thornton Vice Provost for Undergraduate Education at Stanford in 2000 and has been responsible for nearly all programs and policies relating to the 7,200 undergraduate students at the university. Elam began working as Stanford’s first Vice President of the Arts in 2017 where he oversaw the Cantor Art Museum, the Bing Concert Hall, the Haas Center for Public Service, and served as Senior Vice Provost for Education.

For over twenty years, Elam has directed plays that have been critically acclaimed. His production of Blues for an Alabama Sky by Pearl Cleage was nominated for nine Bay Circle Critics’ awards and was the winner of DramLogue Awards for Best Production, Design, ensemble cast, and direction. He also directed several of August Wilson’s plays, including “Fences,” which won eight Bay Area Choice Awards. Elam is the author and editor of seven books, and co-editor of four books. His book The Past and Present in the Drama of August Wilson, received the Errol Hill Award, for outstanding scholarship in African American theater and performance from the American Society of Theatre Research in 2005.

Elam has received five of the highest awards for teaching from Stanford and other various societies, as well as several national distinctions. In addition to his other duties, he was the Olive H. Palmer Professor in the Humanities (Emeritus) and Robert and Ruth Halpern University Fellow for Undergraduate Education at Stanford. His wife, Michele Elam, is the William Robertson Coe Professor in the Humanities at Stanford and Associate Director of The Institute for Human-Centered Artificial Intelligence. The couple have one daughter, Claire Patterson. Elam currently serves on the Board of Trustees at Castilleja School, located in Palo Alto, California.