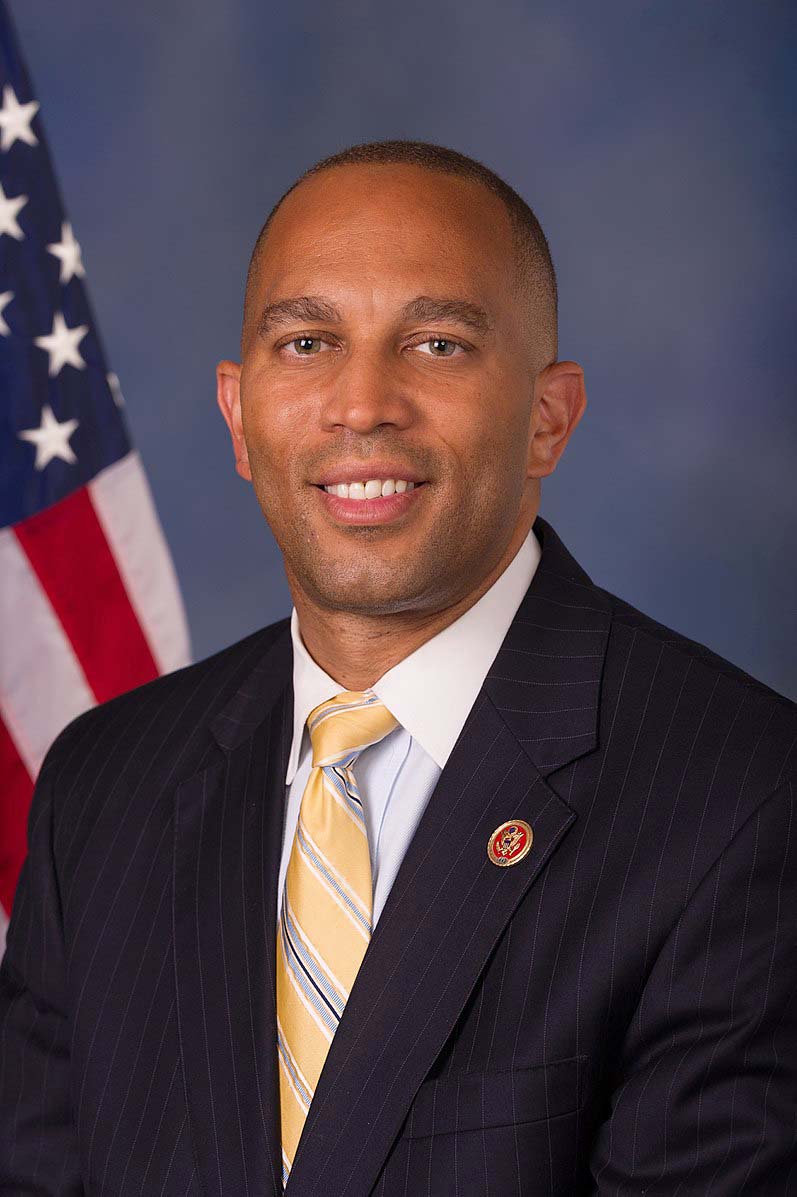 Jeffries was born to Laneda and Marland Jeffries in Brooklyn Hospital on August 4, 1970. The social worker and state substance-abuse counselor raised him and his younger brother, Hasan Kwame, in Crown Heights, Brooklyn. He graduated from Midwood High School in 1988 and then received a bachelor’s degree in political science with honors from Binghamton University in 1992.

After working in private practice as a corporate lawyer for prestigious firms such as Paul, Weiss, Rifkind, Wharton & Garrison, and media companies Viacom and CBS, Jeffries decided to run for the New York State Assembly in 2006. From 2007 to 2012, representing the 57th Assembly district, he proposed and the legislature passed house bill A. 11177-A which eliminated New York’s stop-and-frisk database and house bill A.9834-A ending the counting of prison populations of upstate districts as part of the public population.

In 2012, Jeffries left the New York state legislature and made a bid for the United States House of Representatives representing the 8th district. His campaign forced 30-year incumbent Ed Towns into early retirement, and at 43, on January 3rd, 2013 Jeffries was sworn into the 113th Congress.

Due in part to hierarchy and the tight hold the senior members of his party had on committees and leadership positions, Jeffries was a backbencher at the beginning of his career in congress. He did however join the Congressional Black Caucus and became its Whip. He also sponsored or cosponsored bills such as the Excessive Use of Force Prevention Act of 2015 and the Slain Officer Family Support Act. President Obama signed one of his measures, the Family Support Act into law on April 1, 2015.

The Democratic Caucus chair is also on the Committee on the Judiciary (Subcommittee on Courts, Intellectual Property and the Internet and Subcommittee on Regulatory Reform, Commercial and Antitrust Law), the Committee on the Budget, and the lead Democratic sponsor for the First Step Act whose legislation is slated to change lives by providing access to mental health counseling, education, vocational services and substance abuse treatment to help the formally incarcerated.

Considered a rising star in the Democratic party, Jeffries is married to Kennisandra Arciniegas-Jeffries. They have two boys, Jeremiah and Joshua, and live in the Prospect Heights section of New York.