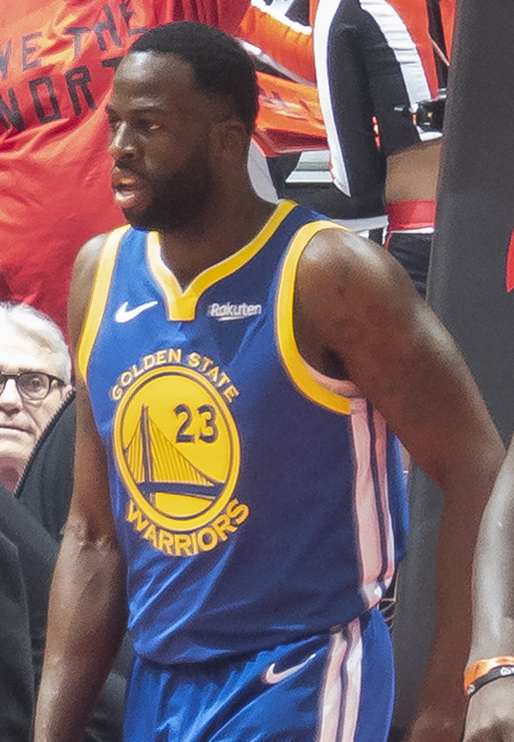 Draymond Jamal Green, Sr. is a professonal basketball player with the National Basketball Association (NBA). He is currently playing with the Golden State (California) Warriors.  Green was born on March 4, 1990, in Saginaw, Michigan to Mary Babers and Wallace Davis. Green was raised by his stepfather, Raymond Green, and took his name. Green had two brothers and three sisters, Torrian Harris, Braylon Green, LaToya Barbers, Jordan Davis, and Gabby Davis.

Draymond Green attended Saginaw High School in Saginaw, Michigan where he played for the high school basketball team. He helped lead the team to two Class A State Championships. After graduating from high school in 2008, Green attended Michigan State University in East Lansing, Michigan where he played for the Michigan State Spartans men’s basketball team.  Unlike many of his NBA colleagues, Green played all four years of his eligibility with the Spartans.  During those years he was named Big Ten Player of the Year, First team All Big Ten, and Consensus first-team All-American. After his senior year, Green considered himself eligible for the NBA draft.

In the 2012 NBA Draft, Green was selected as the 35th overall pick by the Golden State Warriors. Since becoming part of the Warriors team, Green has established himself as an elite three-point shooter and player alongside Stephen Curry and Klay Thompson. During his years with the Warriors, Green has become a two-time NBA All-Star, All-NBA second team, All-NBA first team, and two-time NBA All-Defensive First Team.

Green was part of the Warriors team that in the NBA 2015 National Championship defeated the Cleveland (Ohio) Cavaliers, led by LeBron James, Kyrie Irving, and Kevin Love in six games.  Green helped win the first Warriors NBA championship since 1975. The success of Green and the Warriors continued into the following season which Green made it to his first NBA All-Star game and the team itself generated a record setting 73-9 win-loss regular season, the best in NBA history.

The Warriors returned to the NBA Championship Series in 2016 and again faced LeBron James and the Cleveland Cavaliers in NBA finals rematch. Despite their unprecedented regular season win-loss record, the Warriors lost in seven games against Cavaliers.