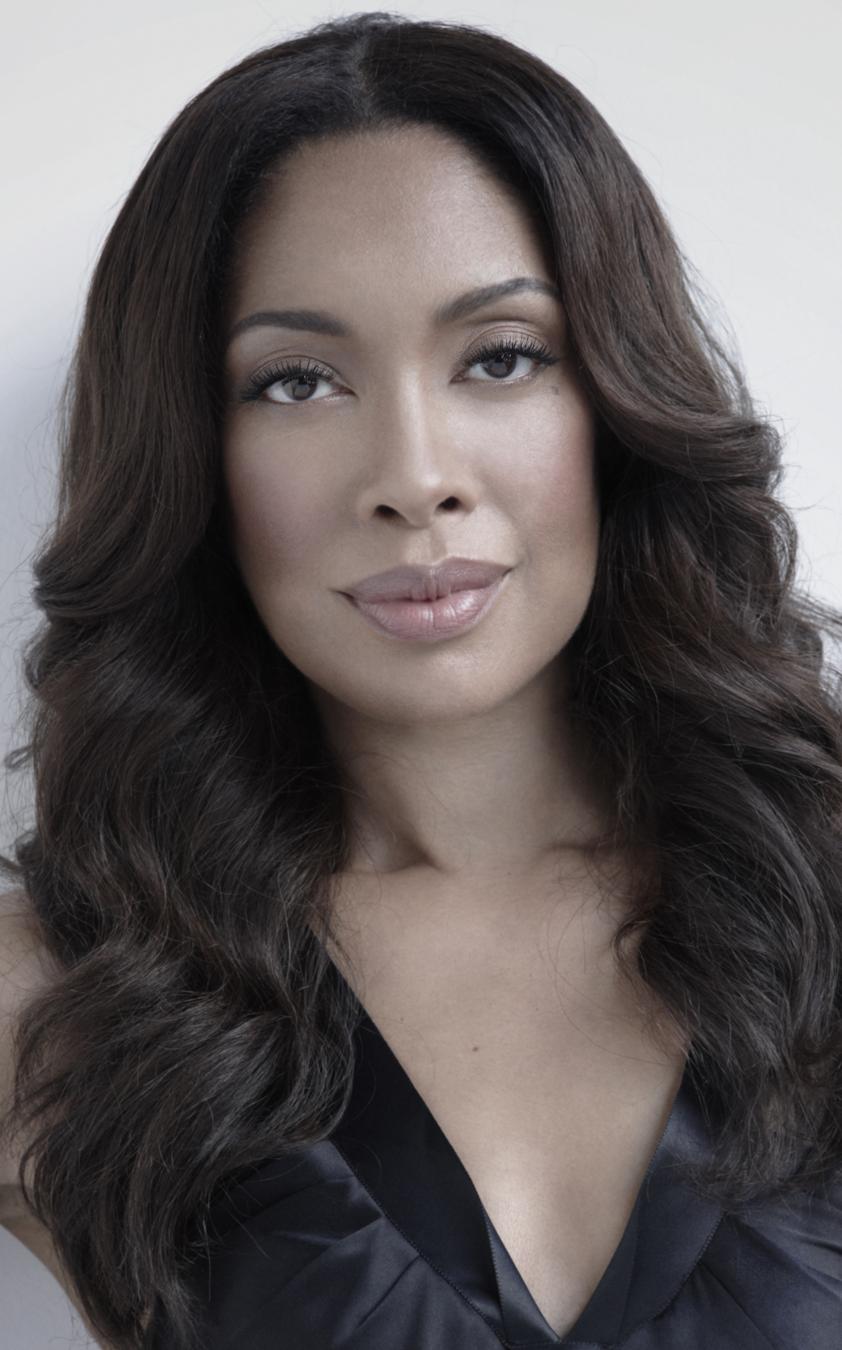 Film and television actress Gina Torres was born on April 25, 1969 in Manhattan, New York and grew up in the Bronx. Torres attended Fiorello H. LaGuardia High School of Music & Art and Performing Arts in the city, where her principal instrument was a voice, opera training, and jazz. Her parents, Cuban immigrants, were Richard Torres and Rebecca Torres.

In 2001, Torres won the American Latino Media Arts Award (ALMA) for “Outstanding Lead Actress in a Syndicated Drama Series” for her role in Cleopatra 2525. Torres and the African American actor, Laurence Fishburne from Augusta, Georgia, were married on September 22, 2002, at The Cloisters Museum in New York City. They have a daughter, Delilah Fishburne. During this time, up until 2003, Torres was the principal actor in the science fiction television series Firefly and in the motion picture, Serenity where she portrayed Zoë Washburn, the first officer on the transport ship, who was born in the year of 2484, “Vesselside” (aboard a spaceship).

In 2004, Torres was nominated for the International Press Academy’s Golden Satellite Award for “Best Performance by an Actress in a Supporting Role in a Series, Drama” for her role as Jasmine in the TV series, Angel. Her film appearances have included The Matrix Reloaded and The Matrix Revolutions. In 2004, Torres appeared in seven episodes of the third season on 24 as Julia Milliken, a woman who has an affair with the White House Chief of Staff and becomes involved in a Presidential scandal. In 2005, Torres was offered a role in the pilot episode of Soccer Moms. Also, in 2005, she voiced the character of “Vixen,” the fictional superhero in many of the episodes of the animated series Justice League Unlimited. She replaced the voice-over of Jada Pinkett Smith’s character, “Niobe” in The Matrix Online. In 2011, Torres was cast as main character, Jessica Pearson, on the USA Network legal drama Suits.

In 2018, Gina Torres won an Imagen Awards for “Best Supporting Actress – Television” for Suits. In 2021, she performed the role of Tommy Vega in the drama television series 9-1-1: Lone Star. And in 2022, Torres’ voice was used for the adult animated fantasy The Legend of Vox Machina, which premiered on Amazon Prime Video.