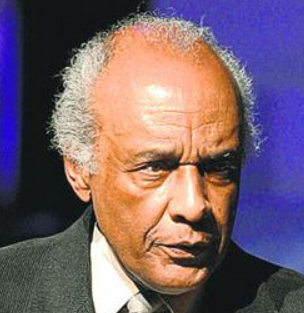 Gilbert Edward Noble was a pianist, producer, professor, news anchor, television host, and documentarian. His entry into media was largely due to the Civil Rights and Black Power Movements. Born in Harlem, New York on February 22, 1932 to Jamaican parents Iris Villiers Noble, a teacher, and Gilbert Robert Noble, an auto-mechanic shop owner, he grew up in a middle-class household on Harlem’s famed Sugar Hill.

A 1949 graduate of DeWitt Clinton High, which also graduated Countee Cullen (1922) and James Baldwin (1942), Noble served as a medic in the US Army during the Korean War and worked at a New York City public library while attending City College of New York. He also occasionally modeled while employed at Union Carbide. On August 7, 1959 Noble married Norma Jean Johnston, a nurse, in a ceremony in Moscow, capital of the then Soviet Union. The ceremony was witnessed by US ambassador Llewellyn Thompson and covered by Ebony and Jet magazines. The couple then honeymooned in Paris, France.

Noble joined Manhattan Chase bank and organized the Gil Noble Trio alongside childhood friend alto saxophonist Jackie McLean. In 1964-1965, Noble did radio and TV voiceovers while taking speech lessons at Weist-Barron School from the Dwight Weist, “the man of 1,000 voices.” In 1965, Harlem-based WLIB-1190-AM hired Noble as a news reporter.

In July 1967 Noble became a WABC-TV correspondent which at the time was one of the three major T.V. stations in New York City. Promoted to weekend co-anchor in February 1968, he initially co-hosted Like it Is with actor Robert Hooks. When Hooks left the show to star in N.Y.P.D., Noble hosted Like it Is alone for 43 years as it became the second longest-running US Black public affairs program after American Black Journal. His periodic co-hosts included Melba Tolliver, Carol Jenkins, Geraldo Rivera, and Afro-Puerto Rican Felipe Luciano. In 1975, Noble began producing with Susan Robeson (Paul Robeson’s granddaughter), the historical research of Sunni Khalid, Paul Lee, and pan-Africanist Elombe Brath.