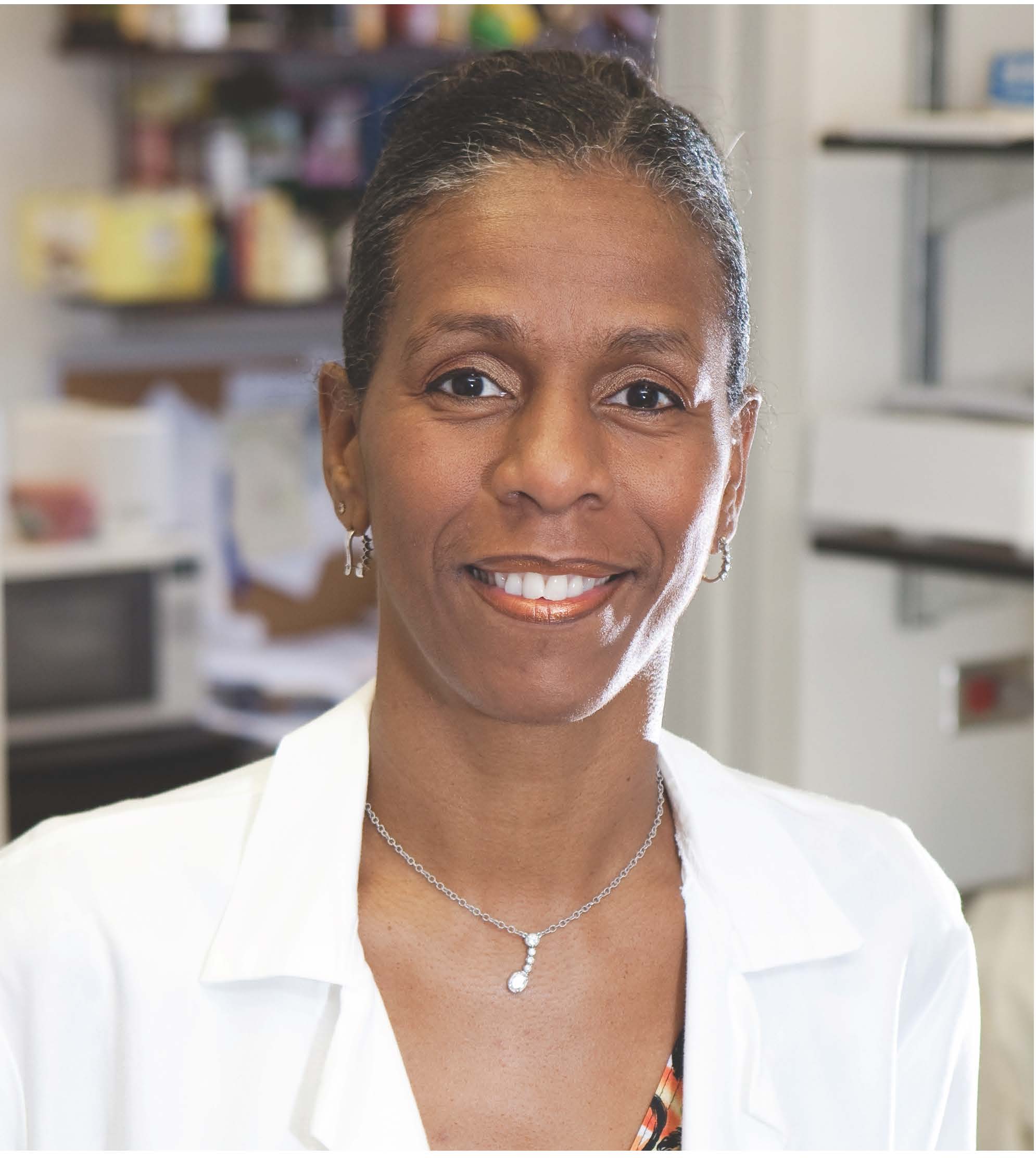 Genevieve Scott Neal-Perry is a distinguished professor, chair of obstetrics and gynecology, and reproductive endocrinologist at the University of North Carolina who specializes in minimally-invasive surgical procedures that aim to restore fertility. Born in 1955 in Newark, New Jersey, she became the first person in her family to graduate from college, earning her bachelor of science degree in biology from Dartmouth College in 1977.

After completing her bachelor’s, Neal-Perry earned her Ph.D. and medical degree in neuropharmacology from the Robert Wood Johnson Medical School in New Brunswick, New Jersey, in 1998. She completed her medical residency and fellowship training in obstetrics and gynecology at Beth Israel Medical Center in Newark, New Jersey, in 2002. During her residency, Neal-Perry earned the Elliot D. Blumenthal Senior Resident Research Award, Excellence in Medical Student Teacher as a Resident Award, and the Special Excellence in Endoscopic Procedures Award.

Upon completion of her residency and fellowship training in reproductive endocrinology and infertility (REI), she earned the position of associate professor of obstetrics and gynecology and neuroscience at Einstein College of Medicine in Bronx, New York. During her time there, Neal-Perry held the positions of REI division research and fellowship director and associate dean for diversity and mentoring. In 2001, she joined the Endocrine Society and served on the Special Programs Committee, the Research Affairs Core Committee, and the ENDO Editorial Board.

In 2015, Neal-Perry became the director of the Division of Reproductive Endocrinology and Infertility in the Department of OB/GYN at the University of Washington (UW). During her time there, Neal-Perry spearheaded the formation and opening of the Cancer and Reproduction Clinic at the Seattle Cancer Care Alliance. She also developed several family-building programs at University Reproductive Care.

Serving as director of the Oncoreproduction Clinic at Seattle Cancer Care Alliance, Neal-Perry created a family-building fertility package discount for fertility services, which is available to any University of Washington student or employee pursuing fertility treatment at UW Medical Center-Roosevelt Clinic. Because fertility treatment is not a medical benefit in the state of Washington, Neal-Perry worked with an organizing committee to collaborate with the HCA Authority and Public Employees Benefits Board to get the student and employee fertility services discount approved. She asserts that infertility is a disease and should be treated as such rather than as a luxury. That view motivated her to develop these programs and discount.

On April 15, 2020, Neal-Perry became chair of the UNC School of Medicine Department of Obstetrics and Gynecology at the University of North Carolina. Before joining the department, she was recognized as one of the 100 inspiring Black scientists in America by the science blog Crosstalk.

When she is not engaged in her work, Neal-Perry mentors medical scholars and gives career development talks, which focus on underrepresented minorities and women, about how to develop opportunities for success and career building. Neal-Perry is also an associate editor for the Journal of Clinical Endocrinology and Metabolism.