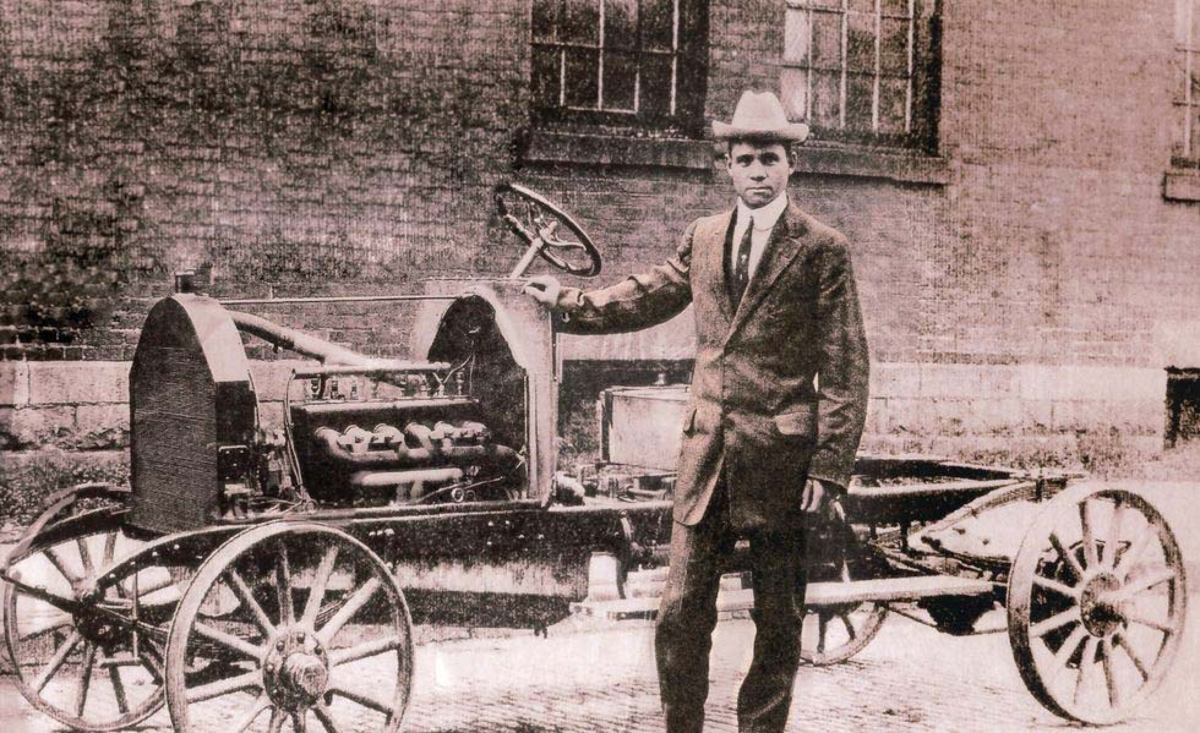 Frederick Douglas Patterson was the first African American to build motorized cars. His father, Charles Rich Patterson, a former enslaved person, created C. R. Patterson and Sons Company, located in Greenfield, Ohio. Beginning in 1865, the company built fashionable carriages. Frederick Patterson inherited the company upon the death of his father and began building motorized vehicles. The first Patterson automobile, the Patterson-Greenfield, rolled off the line on September 23, 1915. Unfortunately, Henry Ford debuted the Model T on October 1, 1908 and by that point had captured most of the American car-buying market.

Named after the abolitionist Frederick Douglass, Patterson was born on September 17, 1871 in Greenfield, Ohio, the fourth of five children born to Josephine and Charles Richard. His four siblings were Mary, Catherine, Dollie, and Samuel. In 1888, Patterson attended Ohio State University where he played football and may have been the first Black player at the school on the varsity team. In his senior year, he left the university and taught school in Louisville, Kentucky for two years. His passion, however, lay in the family business so he moved home in 1897 and joined his father and brother Samuel at C.R. Patterson and Sons. When his father, the family patriarch, and head of the company died in 1910, Frederick assumed leadership of the business and began to gear up to produce the Patterson-Greenfield automobile.

From 1915 to 1920, the company produced 150 Patterson vehicles of two styles, the two-door roadster and the big four-door touring car. The company slogan, “If it’s a Patterson, it’s a good one” described the company’s carriages as well as the motor vehicles. C.R. Patterson and Sons, however, could not obtain capital to continue manufacturing the automobiles. By 1920 it had shifted production to buses and trucks, and Patterson renamed the company to the Greenfield Bus Body Company. During the 1930s, competition from Detroit became increasingly more intense.

Frederick Douglas Patterson, the first African American to build automobiles, died January 18, 1932 at the age of 60. In 1939, the company that had manufactured carriages, automobiles, and buses and trucks, closed its doors after 74 years of providing fine transportation.