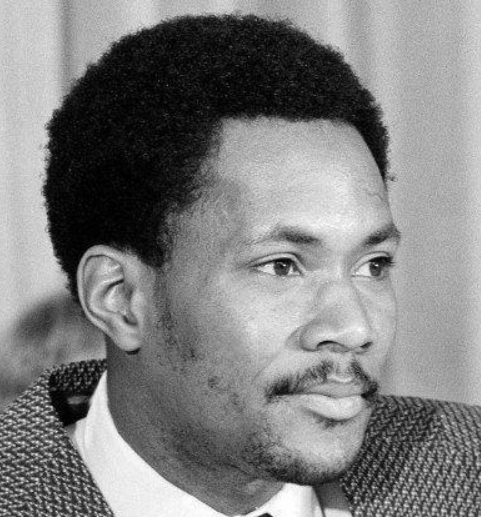 On June 17, 1972, Frank Wills, an African American night watchman, detected an early morning break-in at the Democratic National Headquarters at the Watergate Office Building in Washington, D.C. The five men arrested had ties to President Richard Nixon’s reelection campaign, igniting a political scandal that ultimately led to the president’s resignation.

Born on February 4, 1948, in Savannah, Georgia, Frank Wills was raised by a single mother, Marjorie Wills. Sometime in 1953, Marjorie and her son moved to her hometown of North Augusta, South Carolina. After dropping out of Jefferson High School at the age of seventeen, Frank joined Job Corps, a federal employment-training program that was part of President Lyndon Johnson’s War on Poverty initiative. He was sent to live at a men’s center in Battle Creek, Michigan. There, he developed vocational skills that enabled him to secure employment in 1968 as an assembly line operator at the Ford Motor Company and later at Chrysler Motors.

In April 1971, Wills moved to Washington, D.C., working as a private security guard at the Watergate Complex. Fourteen months later, on an early June morning, while patrolling the corridors of the Watergate Office Building, Wills became aware of suspicious activity and reported it to the D.C. Police Department. Following the apprehension of the suspects, the incident unraveled and thrust Wills into the limelight. Hoping to capitalize on his role in the Watergate scandal, he hired an agent, Dorsey Evans, who, among other things, helped him secure an acting role where he portrayed himself in the Oscar-winning film All The President’s Men (1976).

Eventually, the nation lost interest in Watergate and Wills was in less demand. He parted ways with his agent and spent the remainder of the 1970s working a variety of low-paying jobs. On September 5, 1979, while living with his mother, he was arrested for shoplifting a $0.98 pen. He paid a $108 fine and was released. On September 1, 1982, Wills, 35, was arrested again for shoplifting. It was for a pair of $16 tennis shoes, but this time the media seized the story and Wills was back in the spotlight. Because it was his second offense, he faced up to a year in jail. The Georgia state National Association for the Advancement of Colored Persons (NAACP) office hired him a reputable civil rights attorney, John H. Ruffin, Jr. Wills was found guilty and sentenced to a year in jail. Ruffin appealed his case to the Supreme Court of Georgia. After a two-year legal battle, appealing his case all the way to the United States Supreme Court (which declined to hear it), Wills was forced to serve his sentence. However, for reasons unknown, he was released after serving only three weeks.

In November 1984, Wills became a father when his girlfriend gave birth to a daughter, Angel. Unable to hold down a steady job, he disappeared from the public radar. After his mother died on November 5, 1992, Wills, 44, spent the final eight years of his life in poverty. On September 27, 2000, Frank Wills succumbed to AIDS. He was 52.