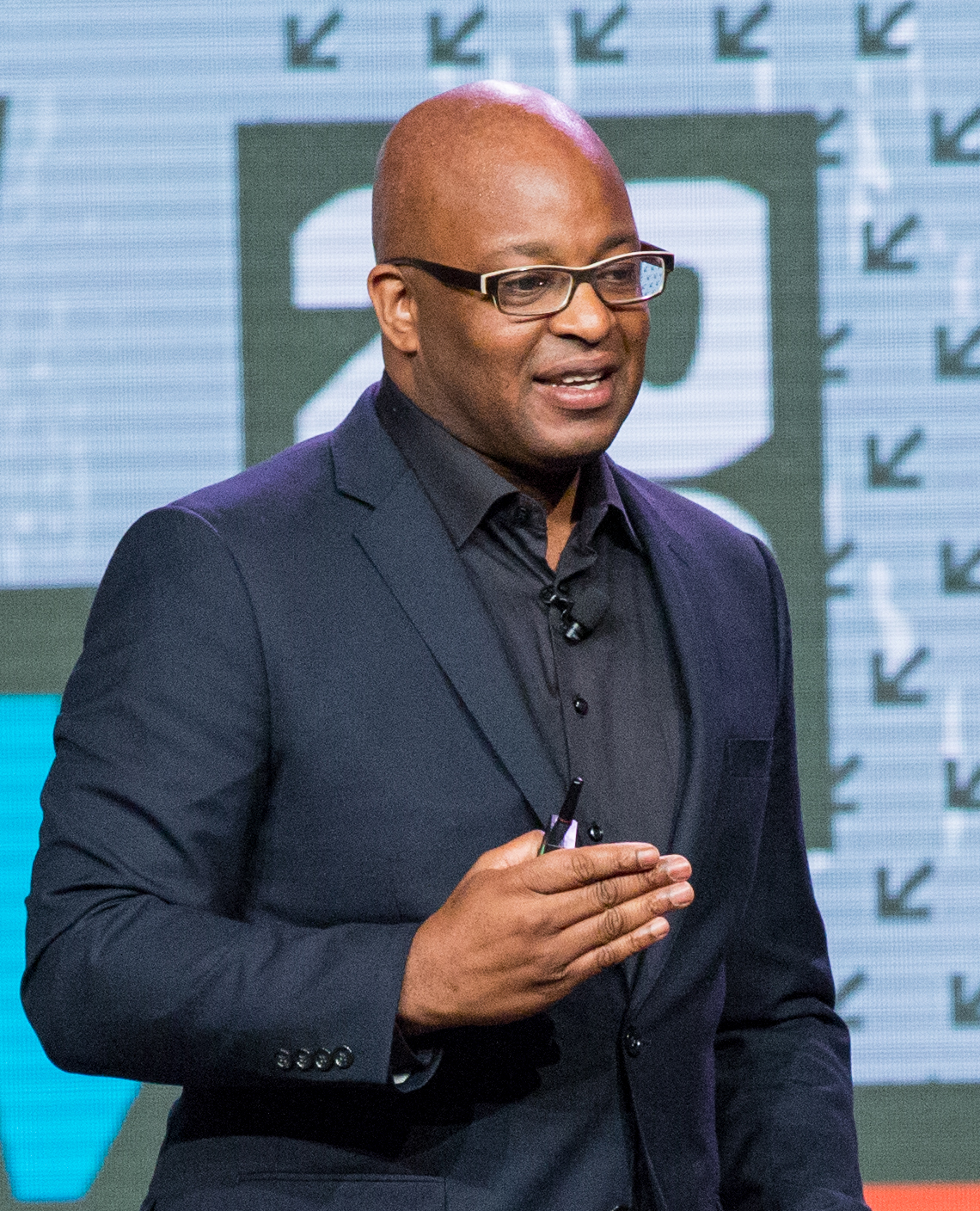 Global marketer Frank Cooper, III was born on May 8, 1964, in San Francisco, California. He received the Bachelor of Science degree in business administration from the University of California, Berkeley in 1986 and the Juris Doctorate in Constitutional Law from Harvard Law School in 1990. He served as the Supreme Court Editor of The Harvard Law Review.  Cooper, who has built a professional career by uniting business, human, and cultural perspectives to make brands relevant, now manages one of the world’s largest hedge fund.

After law school, in 1993, Cooper worked with the music industry, first as an executive with Motown Records and then as senior business affairs executive for Def Jam Recordings. In 1998 Cooper co-founded Urban Box Office Networks, Inc (UBO), one of the largest Internet companies focused on urban lifestyle and minority markets. In 2001, Cooper served as Vice President of Interactive Marketing at America Online, Inc, managing sales and marketing activities and remaining there until 2003. He won Gaming Partner of the Year by Mi-6 Gaming in 2007.

Cooper then served as the Global Chief Marketing Officer for PepsiCo Global Beverages Group. In this role, Cooper oversaw the transformation of PepsiCo’s overall marketing model, developing creative ideas for the 186 markets in the PepsiCo system. He also managed a team of 150, and spearheaded strategies and critical partnerships across Digital Media and Entertainment.

From 2009 to 2010, Cooper served as chairman of the American Advertising Federation and a New York-based tech start-up, Flyby Media. In 2010, Cooper was featured in Fast Company Magazine in their “Top 100 Most Creative People in Business” issue and was regarded as one of the most progressive and influential business leaders in developing brands and businesses. In 2014, he was featured in Billboard Magazine’s “Power List” where he ranked #15 while he worked as an independent director of Burlington Stores, Inc. and Burlington Coat Factory Investments Holdings, Inc. That same year (2014), he was honored by Harvard University, receiving the Raymond J. McGuire Harvard University Alumni Award for Distinguished Professional Achievement.

In 2017, Cooper became Senior Managing Director and Global Chief Marketing Officer of Black Rock, Inc., one of the largest hedge funds in the world, with more than $8 trillion in assets. Cooper has negotiated financial deals with numerous celebrities including Beyoncé, Blake Shelton, Michael Jackson, and Forest Whitaker and executed digital partnerships in the social media industry with Apple, Microsoft, Twitter, Google, and YouTube. He also led the breakthrough social giving platform of the Pepsi Refresh Project.

Cooper is married to Nina Whittington, founder, and CEO of Nina Designs Ltd., a wholesale company that designs and markets silver jewelry parts. They are the parents of two children.