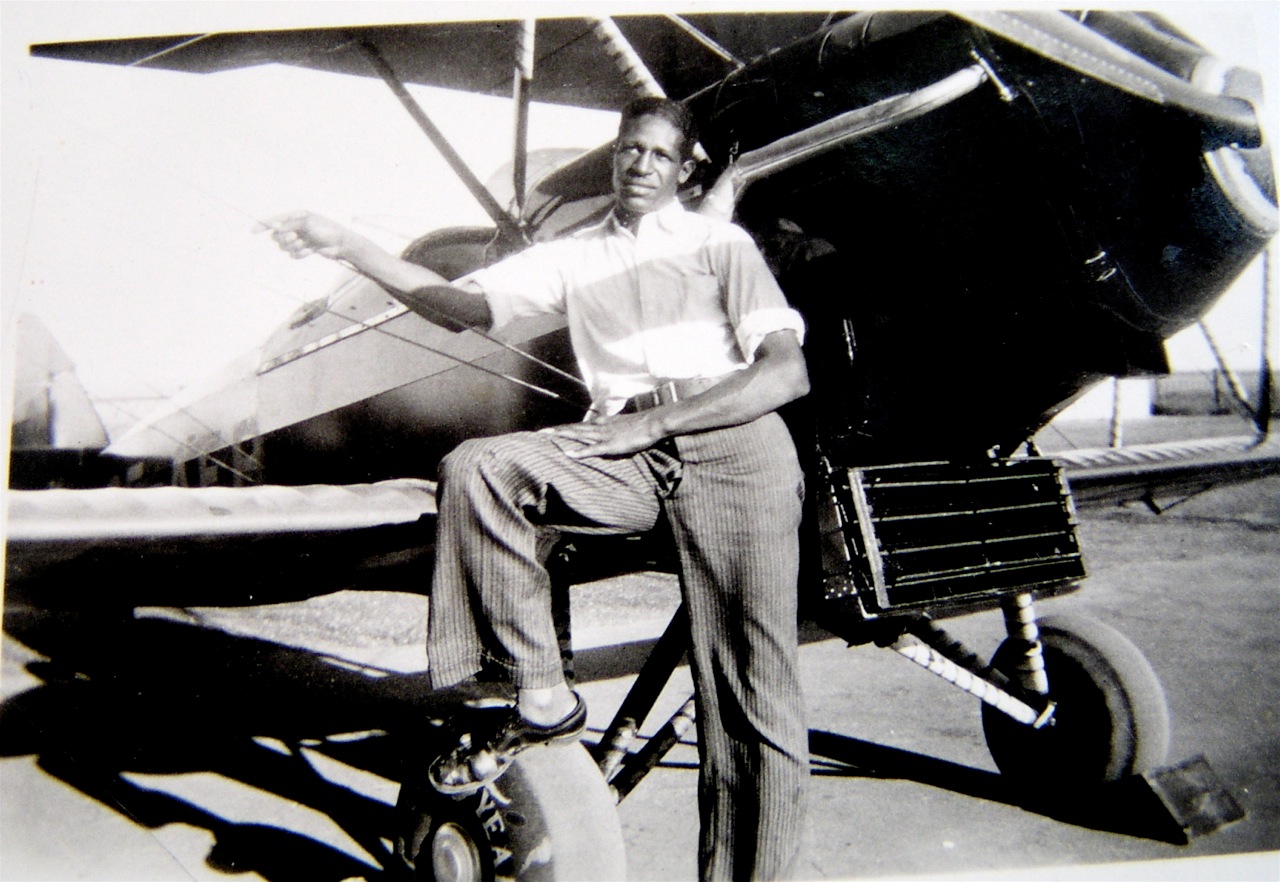 Frank Calvin Mann was an engineer and designer who worked with entrepreneur and industrialist Howard R. Hughes on projects that included the Spruce Goose, at the time the largest airplane ever built.

Mann was born on November 22, 1908 in Houston, Texas. Mann first displayed his mechanical abilities as a child. When he was 11 years old, he was repairing cars around his neighborhood in Houston. He graduated from Wheatly High School in Houston in 1926, then attended Prairie View A&M College (now Prairie View University), originally he planned to become a teacher, but after one year he left the institution feeling he had learned all he could. Mann sought a school where he could study aeronautical and automotive engineering. He studied at both the University of Minnesota and the University of California, Los Angeles. He earned a degree in mechanical engineering.

After graduation, Mann moved to Compton, California where he became an independent engineer. In 1934, Howard Hughes hired Mann to work at Hughes Aircraft Company. Mann would work for Hughes intermittently over the next two decades, but he would also work as an independent contractor for Lockheed, Boeing, and other aircraft manufacturers.

In 1935, Mann learned of Italian dictator Benito Mussolini’s invasion of Ethiopia. Mann decided to fly his own airplane to Ethiopia to help the country resist the invasion. He joined the small Ethiopian Air Force but when the Italians conquered Ethiopia in 1936, Mann escaped and returned to the United States.

In 1939 Mann was invited to Tuskegee Institute in Tuskegee, Alabama to become one of a handful of black civilian pilot training instructors. He left the program because of the poor condition of the training planes that the U.S. government supplied and asked Howard Hughes to use his influence with the government to get better training aircraft for the program.

After the U.S. entered World War II, Mann became one of the aeronautical engineers chosen by the U.S. Army to strip excess weight from the Mitchell B-25 bombers Jimmy Doolittle and his squadron would use in their raid over Tokyo on April 18, 1942. From 1943 to 1945, Mann worked for Howard Hughes in a program to re-arm bombers and fighters with 50-caliber machine guns that could fire up to 500 rounds per minute. Also, during the war Mann worked on the Hughes Flying Boat (the Spruce Goose), designed to carry troops to Europe. The war ended before the world’s largest airplane ever flew.

In 1948 Mann began a new career designing and building custom sports cars for Hollywood celebrities including Mickey Rooney, David Rose, and Herb Jefferies. He also built a small fiberglass body sports car for a Walt Disney executive that became a prototype for the Chevy Corvette. In 1950 Mann built an aerodynamic car modeled on the F-86 Sabre Jet that he named Baby LeSabre. The car won Motor Trend Magazine’s Best Sports Car of the Year award at the Los Angeles Motorama.

During the 1960s, Mann worked in the aerospace laboratories of Hughes Culver City. His work included several projects with NASA including the Surveyor Moon Exploration Unit that landed on the moon and sent the first pictures of the moon’s surface back to earth. He also worked on the early designs of the space shuttle as well as the Boeing 747 shuttle carrier aircraft.

Mann retired in 1972 and moved to Houston, Texas to care for his aging parents and open a small auto repair shop. Frank Calvin Mann died on November 22, 1992 at 84.