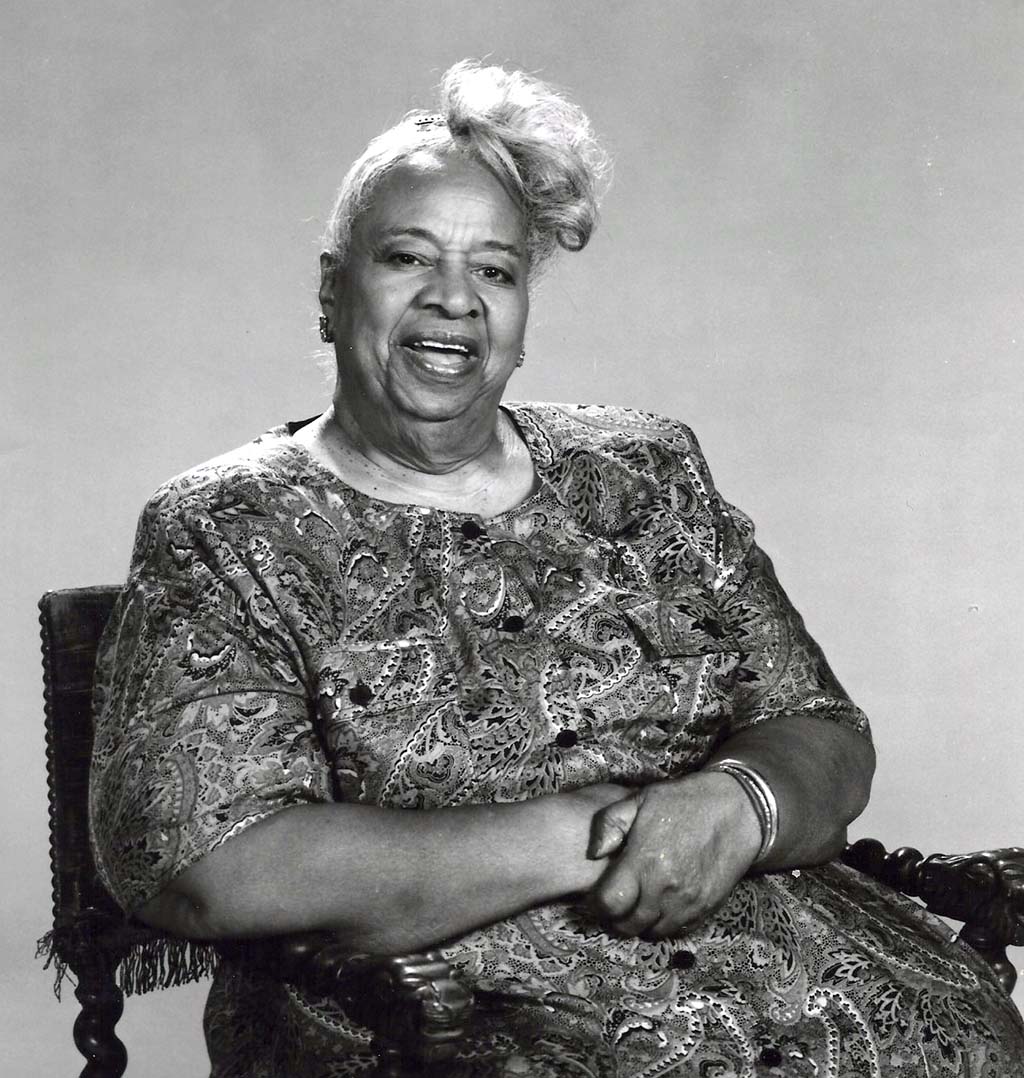 Frances Elizabeth Williams was an actress, activist, organizer, and community worker. She served on the board of Screen Actors Guild and Actors Equity, and because of her efforts helped open doors for many people of color in the film industry.

Born in East Orange, New Jersey, on September 17, 1908 to William Henry Jones and Elizabeth Nelson Jones, Williams was the youngest of three children. Her father drove a delivery wagon; her mother was a laundress. While still in high school, Williams began working at the Playhouse Settlement in East Orange, which included a children’s and an adult theater. She wrote and directed some of the plays performed there. In 1927, the name of the theater (Gilpin Players) was changed to Karamu House, a Swahili word for central meeting place.

In 1934, after fourteen years at Karamu House, she left, and on the suggestion of her friend Langston Hughes, Williams traveled to the Soviet Union where she studied at Meyerhold and Natalie Satz Children’s Theatre in Moscow.

Shortly after her return to the United States, Williams moved to New York and joined the newly formed Negro Actors Guild organized by Noble Sissle and Leigh Whipper. Between 1939 and 1940, Williams appeared in two of Oscar Micheaux’s films, Lying Lips, and The Notorious Elinor Lee. In 1939, she married William Anthony Hill, a ceramist, and they moved to Los Angeles, California in 1941.

In 1946, Williams first Hollywood film role was as Amy in Magnificent Doll with David Niven and Ginger Rogers. In 1949, she worked with James Mason and Joan Bennett in Reckless Moments. This was followed in 1951 by Showboat with Katherine Grayson and Howard Keel. Williams continued to perform in minor roles in film, on television, and in commercials while actively working to expand roles offered to blacks in the industry.

After nine years of marriage, Williams and Hill divorced. In 1948, she became the first black woman to run for the California State Assembly for the 63rd District on the Progressive Party ticket. In 1960, with a bleeding ulcer, Williams along with her brother Bill, moved to Mazatlán, Mexico where they lived for nine years until Bill died. She then returned to the United States.

In 1975, Williams was a delegate to the Women’s Conference in East Berlin, Germany, and in November of that year, as the only American representative, she attended the first Independence Day celebration in Angola, Africa. In 1978, Williams served as chairperson of the Los Angeles branch of the National Anti-Imperialist Movement in Solidarity with African Liberation (NAIMSAL). From 1975-1989, Williams—who co-founded Art Against Apartheid with other artists and entertainers—performed in schools around Los Angeles.

In 1987, at age 82, Williams was hired to be in a new comedy-drama series Frank’s Place, starring Tim Reid. Williams played “Miss Marie, waitress emeritus.” Despite being well-received by many fans and critics, the show was canceled after one season (1987-1988).

Frances E. Williams died in Los Angeles on January 2, 1995 following complications from a stroke she suffered shortly after her 89th birthday.