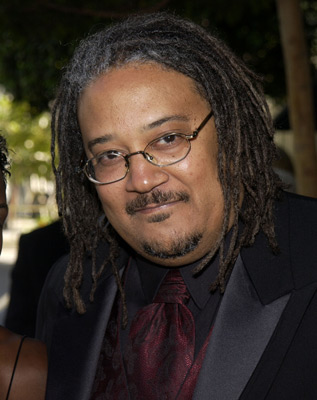 Ernest Roscoe Dickerson is an American director, cinematographer, and screenwriter. Most notably, he directed Juice (1992), which he co-wrote along with Gerard Brown. He also directed TV episodes of Tales from the Crypt: Demon Knights (1995); Bones (2001); Never Die Alone (2004); and several episodes of The Wire, Treme, Dexter, and The Walking Dead. He created music videos for TV and frequently collaborated with fellow director Spike Lee.

Dickerson was born June 25, 1951 in Newark, New Jersey. His father was Richard Seal, an A&P grocery store manager. His mother was a librarian. He enrolled in Howard University, majored in architecture, and took classes in film. After moving to New York City, he enrolled in New York University’s film program at the Tisch School of the Arts. While a student, he worked with fellow student Spike Lee on Lee’s first film, Joe’s Bed-Stuy Barbershop: We Cut Heads (1983). Dickerson was director of photography.

After graduation, Dickerson began his career in cinematography working in music videos for Bruce Springsteen, Anita Baker, Miles Davis and others. He also taught film classes at Howard. His first professional film as director of photography was John Sayles’s Brother from Another Planet (1984). He collaborated with Spike Lee on She’s Gotta Have It (1986), Do the Right Thing (1989), and Malcolm X (1992) among other films.

In 1992, Dickerson made his directorial debut with Juice, which he co-wrote with Gerard Brown, who wrote the screenplay. An independent film, the cast included Omar Epps, Tupac Shakur, Queen Latifah and Samuel L. Jackson. Three years later in 1995, Dickerson directed Tales from the Crypt: Demon Knight. In 2004 he directed DMX in Never Die Alone (2004) adapted from a novel by Donald Goines.

Dickerson is married to Penny Sutton. He has a total of five children from present and past relationships. He is a member of the American Society of Cinematographers.