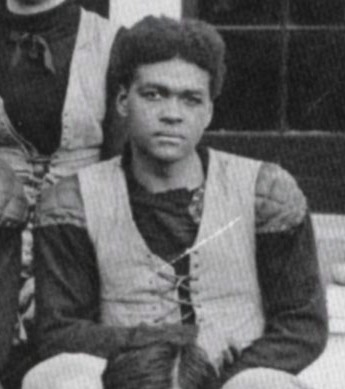 Tacoma, Washington labor leader Ernest Charles Tanner (Ernie) was born in Indianapolis, Indiana on June 5, 1889. His father was a trapeze performer, and his mother a nurse. Moving to Tacoma with his family in 1900, Ernie Tanner attended Stadium High School where he emerged as an outstanding athlete in track, basketball, baseball, and football. He attended Whitworth College in 1908-1909, and according to the Oregonian, was the first African American to play football at the college level in the Pacific Northwest. Tanner helped Whitworth defeat the University of Oregon in 1908. After attending Whitworth, Tanner played in the local Negro League where he was captain and manager of the Tacoma “Little Giants.”

After college Tanner worked as a Tacoma elevator operator and in 1918, he joined the Tacoma chapter of the International Longshoremen’s Association (ILA) and remained a member until his death in 1956. In an era when racial discrimination was common against African Americans in the labor movement, the ILA allowed them to join; however, generally black members were treated as “second class” and, in many ports, placed into segregated locals.

Tanner’s defining moment as a longshoreman came in the “Big Strike” of 1934 that shut down every Pacific Coast port. He was the only African American on the Tacoma strike committee and worked closely with San Francisco leader Harry Bridges to keep black and white workers united during the strike so that employers could not break the union. In 1936 he was elected to serve as the chairman of the local’s publicity committee.

Later, Tanner rose to a position of leadership in his local, serving as a trustee of Local 38-97 and on its executive board. From the beginning, Tanner insisted that African American dockworkers be paid the same wages and work under the same conditions as white longshoremen.

Curiously, in 1937, when longshoremen in other West Coast ports left the ILA and formed the International Longshoremen’s & Warehousemen’s Union (ILWU), Tacoma remained in the ILA, the only major local not to join the ILWU. The ILWU was a leftwing union while most (white) Tacoma longshoremen were relatively conservative. Years later, in 1958, they finally joined the ILWU as Local 23.

In 1950, the Tacoma longshoremen decided to build a new hall at 1710 N. Market St. and the local’s members elected Tanner to chair the building committee. In 1996, this building was named the Ernest C. Tanner Labor and Ethnic Studies Center as part of the University of Washington’s Tacoma campus.

Tanner’s son Jack, born in 1919, graduated from law school, after working briefly on the docks with his father, and became the Pacific Northwest’s first African American federal judge when, in 1978, he was named to the Federal District Court for Western Washington.

Unfortunately Ernest Tanner did not live to see his son sworn in as a federal judge. He died in Tacoma in 1956. At the time of his death, he was survived by his wife, Irene, his son, and daughter.