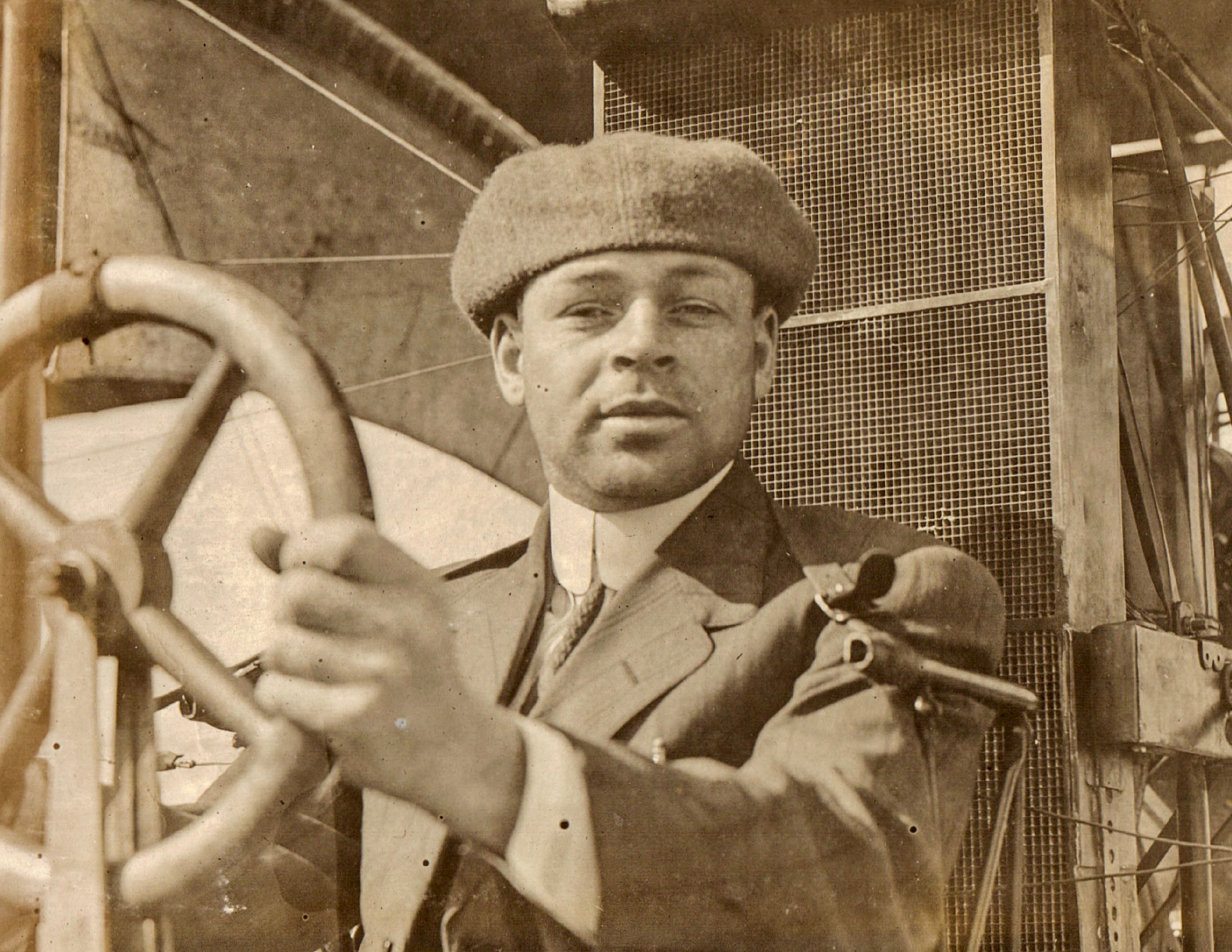 Emory Conrad Malick was an aviation pioneer from the state of Pennsylvania. He was an early graduate of the Curtiss Flying School where he earned his International Pilot’s License (FAI #105) on March 20, 1912. Malick was the first licensed Black Aviator. He was born December 29, 1881, in Northumberland County, Pennsylvania, the third of six children to Darius Malick, a racially mixed carpenter from the same area, and Susan Conrad who was white. Emory Conrad Malik and one paternal aunt, Alice Malick, lived as Black/racially mixed people while the other relatives passed as white which was common for many racially mixed people in Pennsylvania at that time.

The first reference to Malick’s interest in flying dates from July 22, 1911, when he was building a biplane at Seven Points, Pennsylvania. Two days later, he had a successful flight in his engine-powered “aeroplane.” The experience sparked a lifelong passion for aviation in Malick and prompted him to pursue formal flight training.

In 1912, when he was 31 years old, Malick attended Curtiss Aviation School on North Island, San Diego, California. After successfully completing the course, he became first black man to obtain a pilot’s license in the United States. After earning his pilot’s license, Malick purchased, built, and improved a Curtiss “Pusher” biplane and flew it over Selinsgrove, Pennsylvania in 1914. He was the first pilot in that region of Pennsylvania.

Malick also worked in the Delaware Valley, flying from airfields in Philadelphia and Camden counties. In 1927, the first-year federal aviation licenses were issued, Malick became the first African American pilot to receive a Federal Transport License, #1716, and a Federal Mechanics License, #924. These licenses were issued by the Aeronautics Branch of the Department of Commerce (later FAA) and were required for his continued work as a pilot for the Aero Service Corporation and Dallin Aerial Surveys. He also operated his Flying Dutchman Air Service on weekends with pilot and mechanic Ernest Buehl.

On March 4, 1928 at an air show in Camden, New Jersey, Malick took two passengers for a short hop in his Waco three-seater. They were barely airborne when the engine failed. Malick swerved to the left to avoid the spectators. Unfortunately, the wind caught the plane and the Waco crashed. The two passengers were injured. Later that year, Malick crashed again, injuring himself and killing his passenger. Although the cause of the crash was undetermined, Malick never flew again.

In December 1958, when he was 77, Malick slipped and fell on an icy sidewalk in Philadelphia. He later died in the hospital. Unable to be identified, his body lay untraced in the morgue for more than a month until his identity could be determined on January 23, 1959. With 3,000 hours of flight time, Emory Conrad Malick remains one of the true pioneers of aviation.