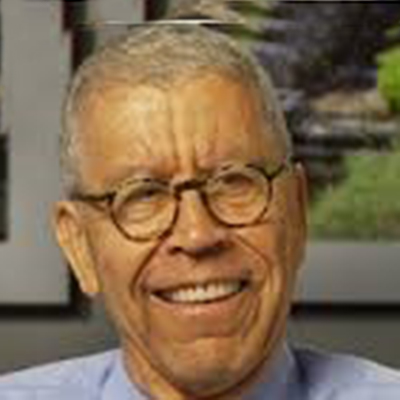 Edwin L. Cooper, an internationally-recognized biologist and immunologist, is credited as the founder of comparative immunology. Cooper was born on December 23, 1936 in Oakland, Texas to Ruthester Porche Cooper and Edwin Ellis Cooper. As a young child, he developed a profound interest in animals and insects. During the summer months, he observed the behaviors of insects in his neighborhood and captured crawfish and earthworms to study. His keen curiosity contributed to his early matriculation throughout the school system. At the age of six, he entered the second grade and then went on to graduate from Yates High School in Houston at 16. He attended Texas Southern University where he nurtured his interest in developmental biology and, in 1957, received a bachelor’s degree in biology.

In 1959, Cooper received a master’s degree in biology from Atlanta University. He examined chick embryos by removing the ear of one chick and transferring it to an older chick embryo. After attaching the ear, he successfully hypothesized that the ear would continue to develop. Cooper pursued his doctorate degree at Brown University, graduating in 1963. His research focused on using immunosuppressive drugs to transplant fish scales. This study intersected the field of immunology with aspects of developmental biology. Although his research did not yield results, he concluded that the fish needed the same immunosuppressive drug that humans needed for a kidney graft. Initially, his work was not well received by the scientific community; however, his extensive research and experimentation with different animals allowed him to later substantiate his claim that almost any animal could act as a model for the human immune system. This discovery enabled him to create the field of comparative immunology, or immunobiology, by combining zoology and immunology to study the human immune system.

In 1964, Cooper secured an assistant professorship in anatomy at the University of California, Los Angeles School of Medicine and served as the vice chair of the Department of Anatomy and Cell Biology from 1989 to 1993. During his tenure at UCLA, Cooper conducted research on worms and frogs by performing skin transplants between two worms to show that worms will accept the graft and later reject the graft just as humans do. In 1969, he published his findings in the journal Transplantation. As a leading expert in immunobiology, in 1966, he traveled to Mexico to teach immunology as part of an exchange program and later traveled to teach in Europe, Asia, and the Middle East.

Cooper is recognized as the founder of the field of comparative immunology and published the first textbook related to the discipline. In 1975, he established the Division of Comparative Immunology and became a founding editor of the International Journal of Developmental and Comparative Immunology in 1977. He also was the founding editor of Evidence Based Complementary and Alternative Medicine in 2004.

Throughout his more than five-decade career, Cooper’s innovation and contributions to science afforded him many accolades and honors. He has received five honorary degrees and was bestowed the prestigious Alexander von Humboldt Prize in Germany and the Eleanor Roosevelt Award for Cancer Research to name a few.

Cooper retired from UCLA as professor emeritus and currently lives in Los Angeles with his wife, Helene Cooper. They have two children together.