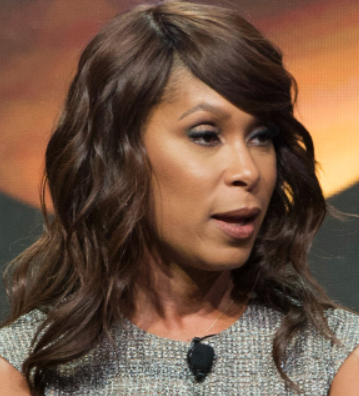 Channing Dungey is the first black person in history to run a major network, appointed head of the entertainment division of ABC on February 17, 2016. Dungey joined the ABC family in 2004, and since 2013 held the title of executive vice president, drama development, movies & miniseries, ABC Entertainment Group. There she developed and launched many series including Scandal, Quantico, Marvel’s Agents of S.H.I.E.L.D., and How to Get Away with Murder.

Born March 14, 1969, Ms. Dungey grew up in a predominantly white neighborhood of Sacramento, California, beginning her career as a development assistant for Davis Entertainment at 20th Century Fox. She then became a story editor at Steamroller Productions and later senior vice president at Material Film, which she left in January, 2004, to start her own production company.

In 2004 Ms. Dungey took a pitch meeting with an ABC executive, and the result was an offer to join Touchstone Television, then the name of ABC Studios.

Before her historic appointment, insiders considered Dungey an executive on the rise. She once offered to make a difficult call to a respected actress about to be replaced by Broadway star Audra McDonald. The series was Private Practice, a Grey’s Anatomy spin-off, and the actress was Channing’s sister, Merrin Dungey.

Reportedly, Dungey has great rapport with writers in Hollywood. Due to her very close relationship with Shonda Rhimes, the black female powerhouse producer of shows such as Scandal, Grey’s Anatomy, and How to Get Away With Murder, Channing has been dubbed the Shonda Rhimes Whisperer in Hollywood.

Dungey is replacing her boss, the British-born Paul Lee. Dungey will control network programming and scheduling just as Lee did but will not have control of ABC’s production arm, ABC Studios, as did Lee. Dungey will report directly to Ben Sherwood, president of the Disney-ABC Television group.

Channing Dungey’s historic appointment comes in the midst of intense scrutiny of Hollywood’s lack of diversity, due to the all-white slate of Oscar nominees for the 2016 Academy Awards. Cheryl Boones Isaacs, also a black woman, has been the president of the academy for the past three years.

Channing Dungey is married with a one-year-old adopted daughter, Eden.