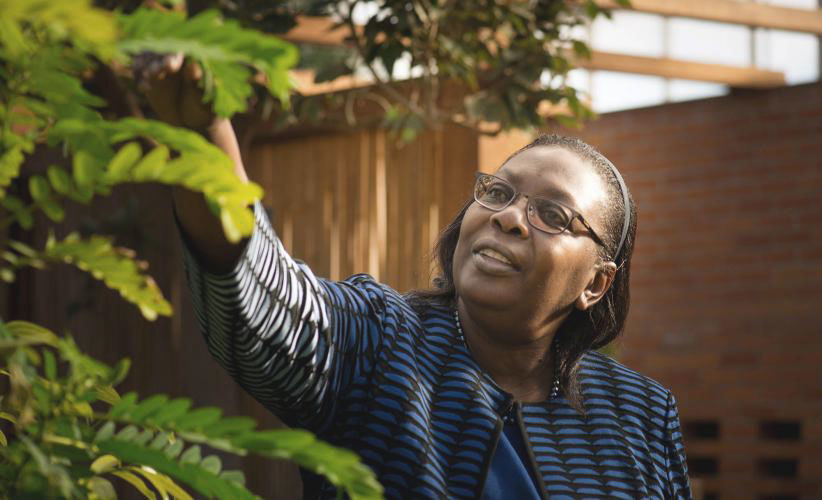 Taylor was born in Jamaica in 1957 and attended both primary and secondary school in Kingston, the capital city. Taylor’s interest in the environment began in 1965 after a teacher introduced the subject to her class. That interest intensified after she was introduced to biology in high school. She studied zoology and botany and passed both the ordinary and advanced levels of the University of Cambridge exams in high school. At the same time, she was enrolled in a teacher-training college. In 1977, she received her certification as a high school science teacher and shared her interest in the environment with her students.

Taylor left Jamaica in 1978 to attend Northeastern Illinois University. In 1983, she graduated with honors with a bachelor’s degree in environmental science and biology. In 1985, she earned a master’s degree in forest science from Yale University. Taylor returned to Yale In 1988 and earned master’s degrees in art and philosophy. She earned a doctorate in sociology and forestry and environmental studies from Yale University’s School of Forestry and Department of Sociology in 1991.

Taylor’s work on racism within the environmental movement began in 1989 with her paper “Blacks and the Environment: Toward an Explanation of the Concern and Action Gap between Blacks and Whites.” She then published a number of other articles on the topic in the early 1990s. In 2012, she became the primary investigator for a U.S. Department of Agriculture grant that researched the connection between race, class, and food disparities in Michigan. In 2014 the Green 2.0 diversity program, which tracks diversity data for 40 major environmental organizations, commissioned Taylor to publish a report on diversity in environmental organizations. The report found that environmental organizations do not adequately represent the diverse American population in their leadership, which sparked considerable debate.

Since 2009 Taylor has published four books: The Environment and the People in American Cities, 1600s-1900s: Disorder, Inequality, and Social Change (2009); Environment and Social Justice: An International Perspective (2010), Toxic Communities: Environmental Racism, Industrial Pollution, and Residential Mobility (2014), and The Rise of the American Conservation Movement: Power, Privilege, and Environmental Protection (2016).

Taylor’s dedication to inclusion within the environmental movement has earned her multiple awards and honors. Since 2018, she has received the National Audubon Society’s Women in Conservation Rachel Carson Award; the Association for Environmental Studies and Science’s Freudenberg Lifetime Achievement Award; the National Science Foundation’s Presidential Award for Excellence in Science, Mathematics, and Engineering Mentoring (PAESMEM); and the University of Michigan Distinguished Faculty Achievement Award. Taylor also became the Yale School of the Environment’s first senior associate dean of Diversity, Equity, and Inclusion in 2021.