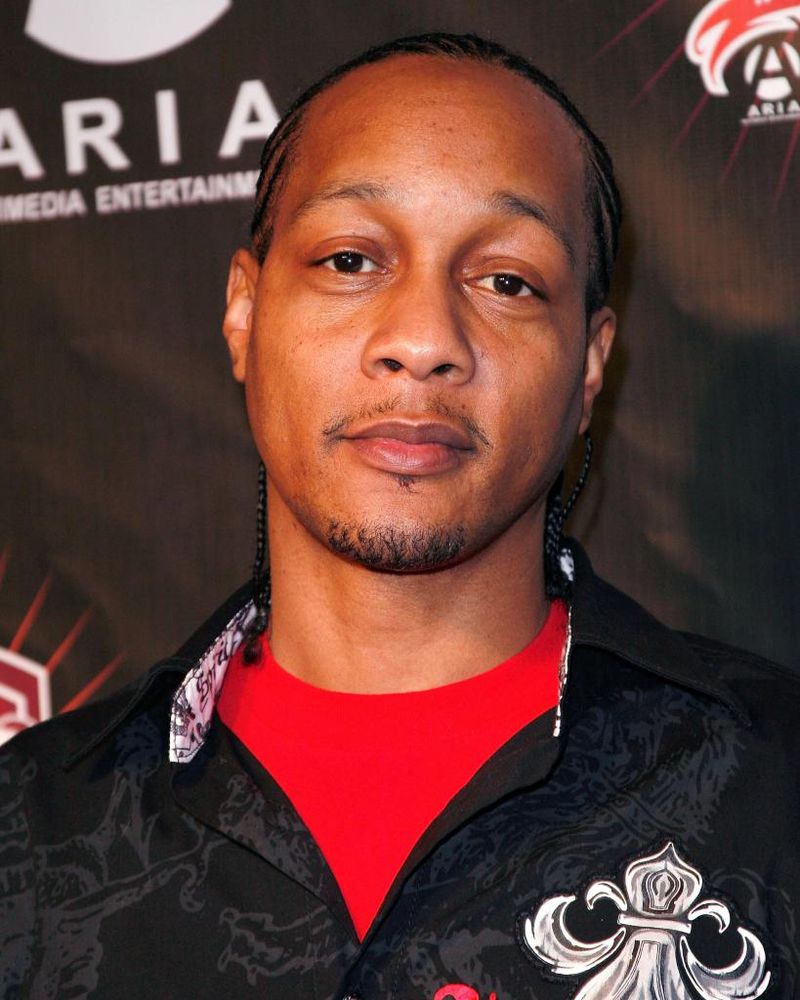 David “DJ Quik” Marvin Blake is a rapper, songwriter, disk jockey, and music producer. Blake was born on January 18, 1970, to unnamed parents in Compton, California. He attended Centennial High School in Compton where fellow students were Andre Romelle “Dr. Dre” Young and Kendrick Lamar Duckworth. Centennial High School was also where the Bloods street gang was established in the early 1970s, formed in opposition to their rivals, the Crips. Blake himself joined the Bloods during his teenage years. During this time, he became friends with fellow rapper and Bloods gang member Crawford “Hi-C” Wikerson and Hip-Hop group 2nd II None which consisted of Deon “Gangsta D” Barnett and Kelton “KK” McDonald who were also members of the Bloods.

At the age of 16, Blake dropped out of school to pursue a music career. He was also homeless for three years after his mother lost the family home due to foreclosure. To support the family he began selling mixtapes including The Red Tape in 1987. Blake mixtapes eventually drew recognition from music record labels including Profile Records and Ruthless Records. He signed with Profile Records in 1990 at the age of 20. A year later, Blake released his debut album, Quik the Name that feature the singles, “Born and Raised in Compton,” “Tonite,” and “Quik Is The Name.” The album was certified platinum when it sold more than one million copies. In 1992, Blake released his second album, Way 2 Fonky which also was certified platinum where it sold over a million copies.

In 1995, Blake released his third album, Safe and Sound, featuring the singles, “Dollaz and Sense” and “Safe + Sound.” That album sold 500,000 units and was certified gold. In 1998, he released his fourth album, Rhythm-al-ism, that featured the singles “You’Z A Ganxtsa,” “Hand in Hand,” and “Down, Down, Down.” This album was also certified gold selling over 500,000 units. Blake would release other albums in his career including Balance and Options (2000), Under Tha Influence (2002), Trauma (2005), The Book of David (2011) and The Midnight Life (2014). Blake has also collaborated with many artists during his career including Snoop Dogg, Kurupt, 2 Pac, Erick Sermon, Shaquille O’Neal and others.

Despite his music success, he was involved in several controversies during his career. During the 1990’s, Blake was involved in a high-profile rap feud with fellow Compton rapper Aaron “MC Ehit” Tyler and his rap group Compton Most Wanted. The feud including trading insults on so-called “diss” tracks including “Def Wish” and “Dollaz and Sense.” The feud was intensified because both rappers had street gang ties with Blake a member of the Bloods and Taylor a member of the Crips. Blake also had a rap feud with his former associates in the rap group 2nd II None later in his career. Adding to his controversial life, in 2006 Blake served a five-month sentence for a 2003 assault of his sister.

Blake remains active in the music industry as of 2021. In 2005 he married Alica Hill. The couple have a son, David Blake Jr., and daughter, Davienna Marina Blake. In 2013, Blake’s daughter was accused murdering her two-year-old child.