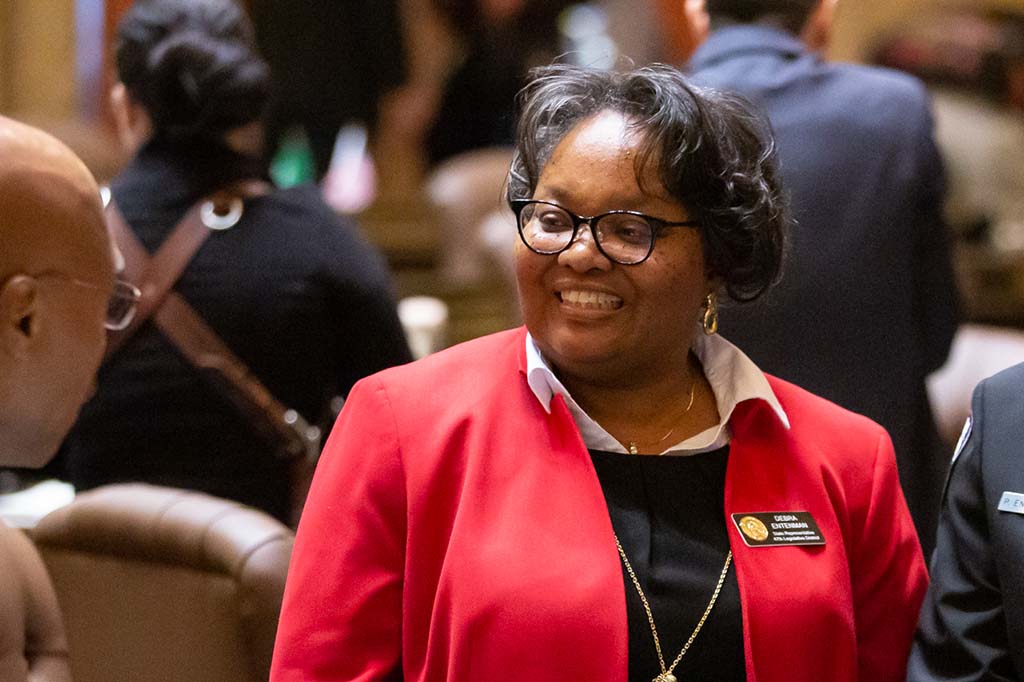 Debra Jean Entenman, a public servant and community activist, became one of five African American women elected as a representative in the Washington State legislature. She was born on November 27, 1961 in Seattle, Washington to Gertrude Rivers, a school teacher in the Seattle Public Schools who always instilled in her daughter the importance of education. At an early age, Entenman was part of the initial class of the Seattle/King County Head Start Program in the 1960s under the directorship of education mogul Dorothy Hollingsworth. In 1980, she graduated from Franklin High School with honors and started a family.

Once her two children graduated from high school, she studied political science at Highline Community College in 2001, earning an AA degree. She learned the value of access to education for non-traditional students and the challenges of working, raising a family, and attending school. She received her bachelor’s in political science with a minor in history from Seattle University in 2003. In 2006, she began working for Congressman Adam Smith as a field representative, leading his outreach efforts in South King County. By 2011, she was promoted to Community Outreach Manager. In 2013, she served as the 9th Deputy District Director, working out of his Renton office.

As an integral part of the Democratic Party in Washington State, Entenman had experience in community outreach and addressing the most pressing issues to voters. Therefore, in early 2018, she announced her campaign to run for state Representative of the 47th Legislative District.

As a first-time political candidate, she went from door to door in the evenings and on weekends while working in Smith’s office, letting people know she would like to represent them in the state legislature. Her home canvassing grew popular among the residents of the district, advocating for programs to help families living in poverty and address mental health and addiction issues. She also focused on low-income housing and education.

On November 6, 2018, Entenman beat the incumbent Republican Mark Hargrove with 53 percent of the vote. In January of 2019, she was one of two black women to be sworn into the House of Representatives in Olympia. Entenman supports open records and public disclosures and has sponsored many bills such as the Working Families Tax Credit. She also introduced a bill that passed the Senate to protect sex trafficking victims. Entenman currently serves on several committees including the Housing, Community Development & Veterans Committee and the Transportation Committee. She is also vice-chair of the College & Workforce Development Committee.

Outside of work in public office, Entenman continues to be an active community member. She is a member of Neighborhood House and a member of the Urban League of Metropolitan Seattle. In 2015, Governor Jay Inslee appointed her to the Renton Technical College Board of Trustees.

Debra Entenman currently lives in Kent, Washington with her 90-year-old mother and her husband Dave.