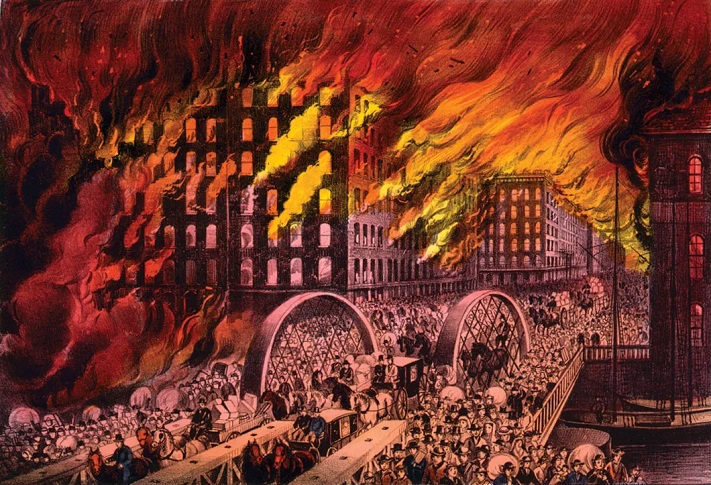 Born in Chicago, Illinois in the early 1800s Daniel McCree is best known for patenting of the portable fire escape ladder. Very little is known about his childhood or personal life or when and where he died.

On May 2, 1890, McCree filed Patent No. 440,322 indicating on line 12 of the application “this invention relates to improvements in that class of fire-escapes that are adapted to be moved to different interior parts of a building; and the same consists of certain novel features in the construction, combination, and operation of the apparatus…” The patent was approved on November 11, 1890.

McCree’s fire escape was designed primarily for the interior of buildings. It was wooden and portable and could roll. It had a carriage that could be raised or lowered. The unit was intended to be part of a building’s fire prevention equipment and stored on location.

McCree was familiar with safety and precautionary measures adhered by businesses and wanted to create a fire escape to be used in home settings. The improvements and version created by McCree is still utilized currently as the mechanisms and techniques if a life-saving device. The intricate details explained in the patent demonstrated the importance of why the model needed to be created and why a safe route was needed.

During the time of the invention, fire prevention techniques were significant. Major fire disasters were common throughout the rapidly growing late 19th century cities and posed a serious three to both people and property. Just 19 years earlier the Great Chicago Fire on October 8-10, 1871, burned a swath of the city four miles long and a mile wide, killing 300 people and destroying thousands of homes and buildings including nearly the entire downtown business district. The fire cost the city over $200 million in damages.

McCree’s portable fire escape could be attached to both businesses and homes allowing individuals to safely escape fires. It was a significant improvement over then existing fire escape technology for hotels and homes. It also proved a useful tool for both firefighters and fire prevention workers.