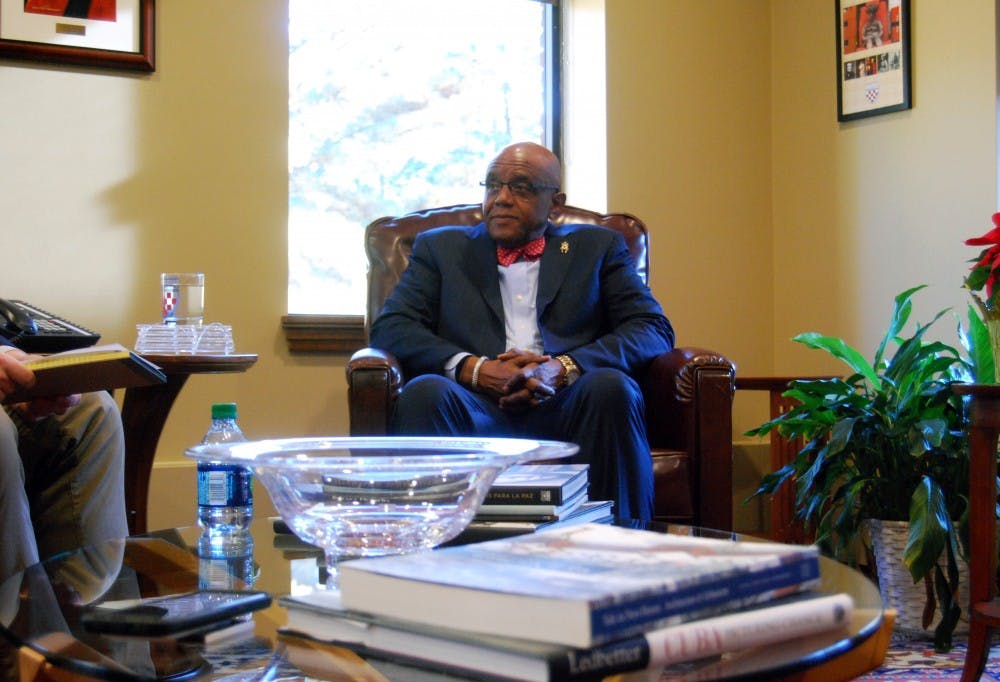 Dr. Ronald Andrew Crutcher is a distinguished classical musician and a national leader in higher education. He served as the as the seventh president of Wheaton College from 2004 to 2014, and then became the first African American president of the University of Richmond on July 1, 2015, where he also teaches music.

Ronald Andrew Crutcher was born on February 27, 1947, in Richmond, Kentucky, to Andrew James Crutcher and Burdella Crutcher. Following his graduation from Woodward High School in Richmond in 1965, Crutcher attended and became a Phi Beta Kappa graduate from the Miami University in Ohio where he studied music and graduated cum laude in 1969. He then pursued his graduate studies at Yale University in Connecticut as a Woodrow Wilson and Ford Foundation Fellow, and in 1979 he became the first cellist to receive a Doctor of Musical Arts degree from Yale. Dr. Crutcher, who is fluent in German, studied music at the University of Bonn in Germany where he was supported by a Fulbright Fellowship.

Crutcher was also the founding co-chair of Liberal Education and America’s Promise, an initiative launched in 2005, which seeks to increase the impact of liberal arts education through its application to complex real-world problems. In 1999 Crutcher returned to the Miami University (Ohio) where he served as provost and executive vice president for Academic Affairs.

In 2004 Dr. Crutcher was selected to be the seventh president of Wheaton College in Wheaton, Illinois, a position he would hold for the next decade. During that period, he oversaw the most successful fundraising campaign in the college’s history, raising over $137 million that were used toward a revolutionary science and technology facility named the Mars Center, in addition to scholarships and career services as well as other departments. In addition, he increased Wheaton’s enrollment and diversity of student body and created academic programs, all of which greatly improved the institution’s profile.

Following his successful tenure at Wheaton College, Dr. Crutcher was elected to become the tenth president of the University of Richmond in Richmond, Virginia, making him the first African American president of that institution. He took office on July 1, 2015, and simultaneously became a professor of music.

Dr. Crutcher actively promoted access, affordability, diversity, and inclusivity throughout his career. He is a member of the board of the Posse Foundation, a program that helps youth leadership development and college access. He received the Posse Star award in 2012.

“About Dr. Crutcher,” Office of the President, University of Richmond http://president.richmond.edu/crutcher/index.html; Jack Nicholsan, “A
Musician and Mentor: An inside Look at Ronald Crutcher, Richmond’s New
President,” The Collegian, October 29, 2015.