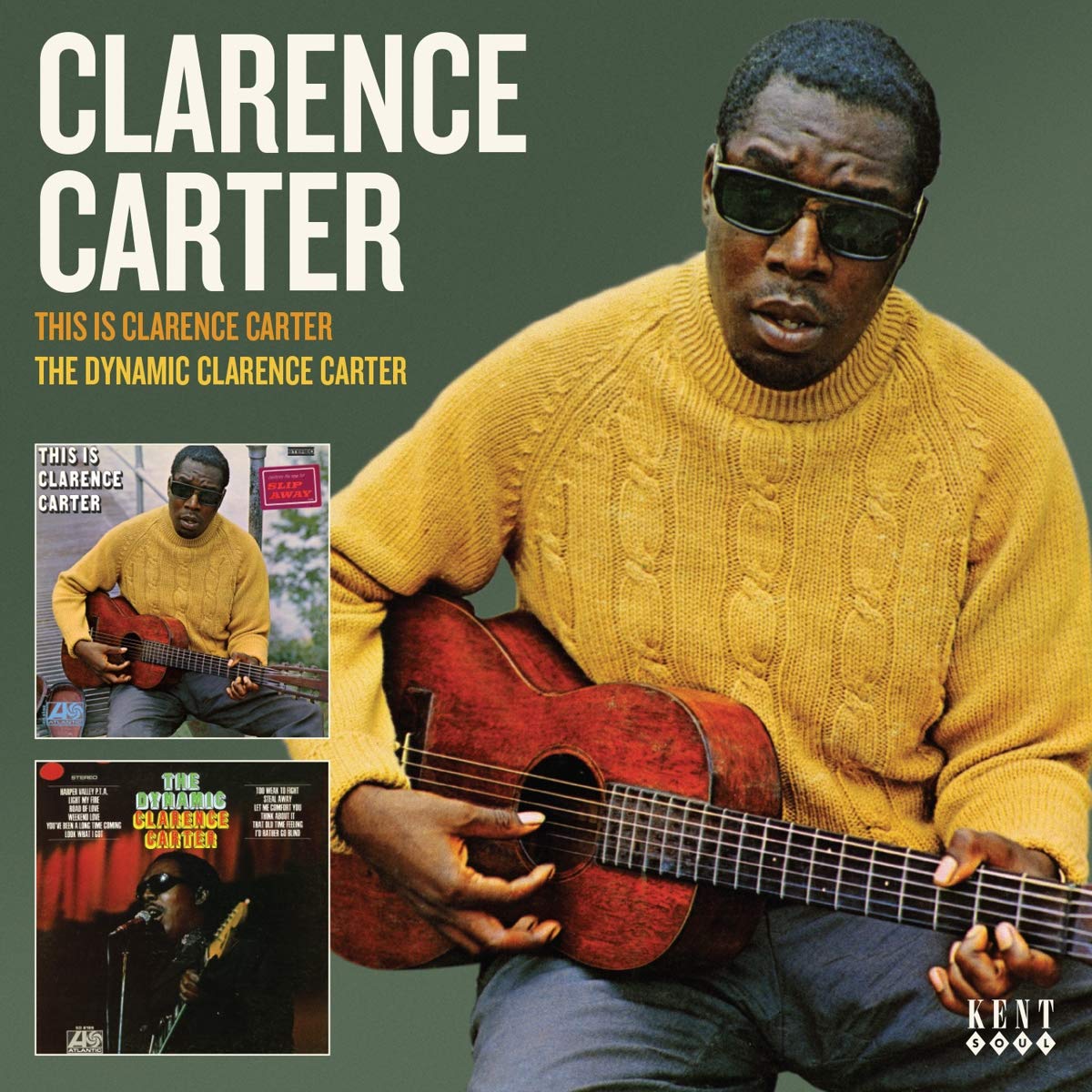 Composer, lyricist, blues singer Clarence George Carter was born blind on January 14, 1936, in Montgomery, Alabama. He attended the Alabama School for the Blind in Talladega, Alabama, and began guitar lessons when he was 9. Carter graduated from high school in 1954. Afterward, he enrolled in Alabama State College in Montgomery, majoring in music. He received a Bachelor of Science degree in 1960.

After college, Carter and his schoolmate Calvin Scott, also blind, formed the duo “Clarence & Calvin” and by 1962 just called themselves C & C Boys. They signed with Duke Records and principally performer covers throughout the clubs in Birmingham. They did record several singles but none of them charted. After Scott was in a severe automobile accident in 1966, Carter continued as a soloist.

In 1970, Carter and Canzetta Maria “Candi” Staton, a singer from Hanceville, Alabama, were married. They were the parents of a son, Clarence Carter Jr. That same year, Carter released his rendition of the R&B ballad “Patches” from the album sharing the same title, which was no. 2 UK and no. 4 US. It sold more than a million copies and won the “Best R&B Song” at the 13th Annual Grammy Awards in 1971. It was followed by his work The Best Of Clarence Carter that reached no.103 on the Billboard album chart in 1971. A decade later, in 1981, Carter released Let’s Burn to peak at no. 189 on the Billboard album chart and remain charted for 3 weeks.

In 2003, Clarence George Carter was inducted into the Alabama Music Hall of Fame.