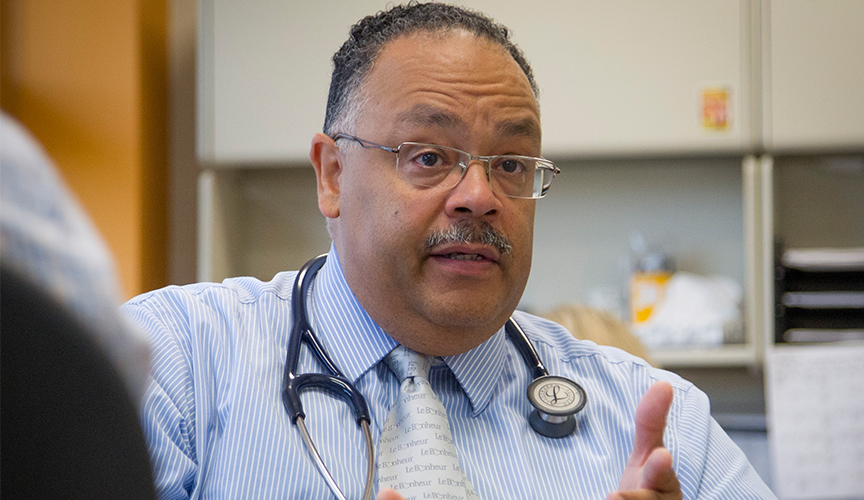 Dr. Chester Brown is a medical geneticist who currently serves as the St. Jude Chair of Excellence in Genetics, the Division Chief of Genetics at the University of Tennessee Health Center, Le Bonheur Children’s Hospital in Memphis, Tennessee, and is a professor of pediatrics, genetics, genomics, and informatics at the University of Tennessee. Brown has dedicated much of his career to studying the genetics factors that play into body fat distribution as well as how host genomic factors play a role in influencing HIV and tuberculosis in African children. He has also offered innovative training to African scientists conducting similar studies. Alongside his hopes to diversify the research community, Dr. Brown hopes to educate the local Memphis, Tennessee community on the significance of genomics.

Prior to being recruited to St. Jude Children’s Research Hospital and Le Bonheur Children’s Hospital in 2016 to help introduce medical outreach programs to the Memphis community, Brown was a medical genetics fellow at Baylor College of Medicine in Houston, Texas, from 1995 to 1997 as well as a postdoctoral research fellow. He also completed his medical residency at Baylor College in 1995 and worked as a pediatrics intern there in the previous year. Dr. Brown earned his undergraduate degree at Howard University in 1985, where he double majored in zoology and chemistry, then continued his academic journey at the University of Cincinnati where he received both his medical degree and Ph.D. training in 1992 and 1993, respectively.

With over twenty years of clinical experience in medical genetics, Dr. Brown has focused his research and scholarship efforts on general obesity, adipocyte biology, and the TGF-beta family, a large and ever-growing group of regulatory peptides. As an active member of the Society for Pediatric Research and a research associate at the National Institutes of Health in the Cellular Aspects of Diabetes and Obesity study section, Dr. Brown avidly explores how genomics can be utilized to productively diagnose and manage genetic disorders on a global level. Additionally, Dr. Brown is a co-investigator at the Collaborative African Genomic Network and Human and Health in Africa, both funded by the NIH, where he contributes to research on HIV and HIV-TB in African children.

Over the course of Dr. Brown’s long professional and academic career, he has published over thirty articles in various science and medical journals and has been repeatedly awarded for his groundbreaking work in medical genetics and pediatrics. A select few of his awards include the Houston Black MBA Leadership Empowerment Award for Science and Health in 2007 by the Houston Black MBA Association and the 1,000 Inspiring Black Scientists in America, which he was awarded with in January of 2021 by the Community of Scholars National.