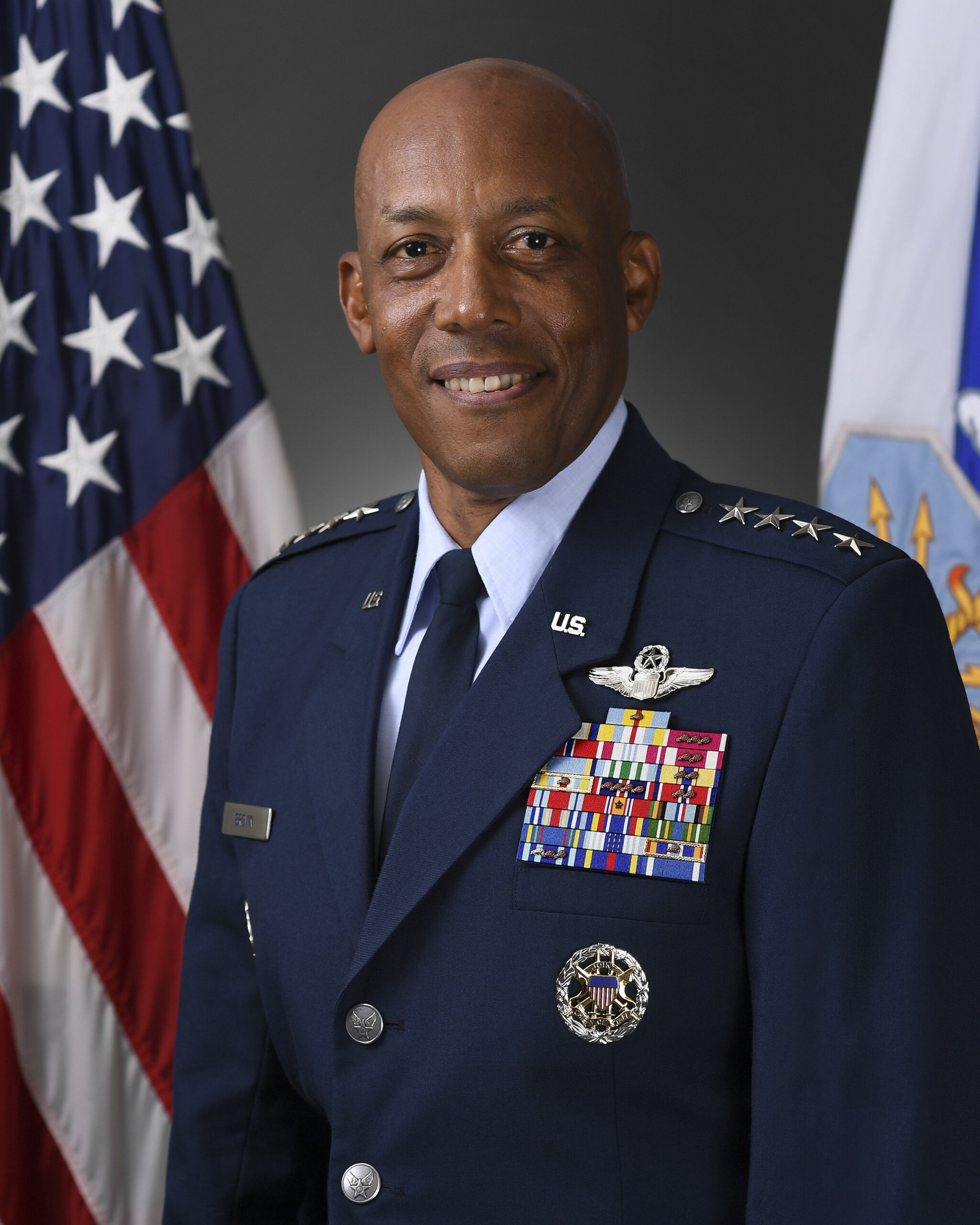 On June 9, 2020, four-star general Charles “CQ” Brown Jr. was unanimously confirmed by the U.S. Senate to the be the Air Force’s representative on the Joint Chiefs of Staff (JCS), thus becoming the first African American to both head a branch of the military and serve as an ex officio member on the JCS. Born into a military family in San Antonio, Texas, he was the grandson of Army Master Sergeant Robert E, Brown Jr. who led a segregated unit in World War II; the nephew of Army Colonel Robert E. Brown III.; and the son of Army artillery and intelligence specialist and Vietnam War veteran Col. Charles Q. Brown Sr. He and his younger brother and sister followed their father’s postings across Germany and the United States.

A civil engineering major at Texas Tech University, Brown was a distinguished student in school’s Air Force ROTC program, earning his Second Lieutenant’s commission and commenced active duty in 1985. By the year 2000 he had achieved the rank of Lieutenant Colonel; earned a master’s degree in aeronautical science from Embry-Riddle Aeronautical University; piloted the F-16 fighter jet and several other aircraft; and had been a weapons instructor and flight commander.

Since 2018, Brown had been Commander, Pacific Air Forces; Air Component Commander for U.S. Indo-Pacific Command; and Executive Director, Pacific Air Combat Operations Staff, Joint Base Pearl Harbor-Hickam, Hawaii. When he was promoted to General in 2018 he became only the ninth African American to reach four-star rank in the Air Force.

President Donald J. Trump nominated Brown to be the Air Force’s top officer and member of the Joint Chiefs of Staff on March 2, 2020. The JCS—consisting of the a chairman, vice chairman, and the highest ranking officers of the Navy, Army, Marines, National Guard, Air Force, and Space Force—advises the President, Secretary of Defense, Homeland Security Council, and on matters of national defense, homeland security, and National Security Council on matters pertaining to military planning and coordination. A member of Alpha Phi Alpha fraternity and an awardee of the Bronze Star and Legion of Merit, Brown and his wife, Sharene, have two sons.