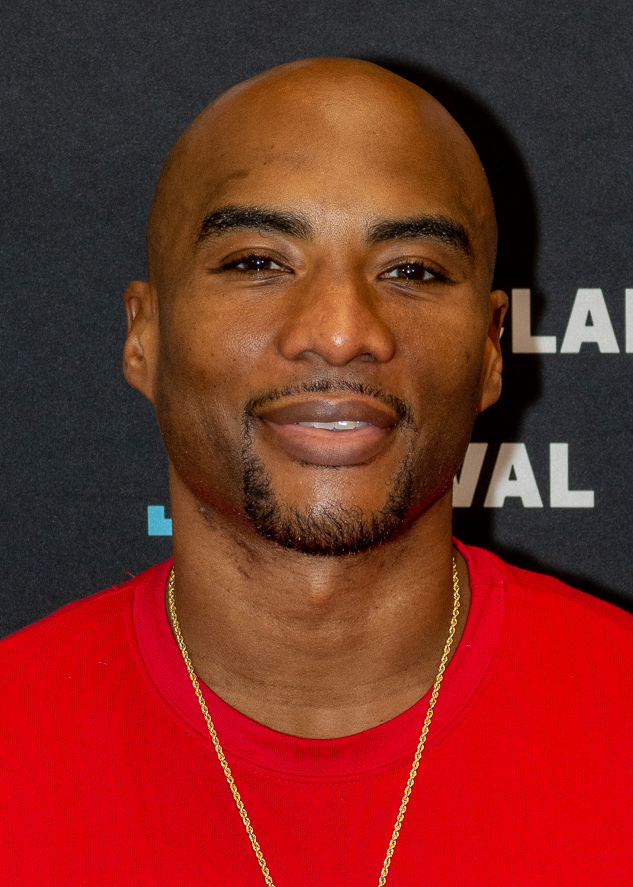 Charlamagne Tha God is a radio presenter, television personality, and author who is best known as the co-host of the radio show The Breakfast Club alongside Raashaun “DJ Envy” Casey and Angela Yee. Charlamagne was born Lenard Larry McKelvey on June 29, 1978 to Larry Thomas McKelvey and Julie Ford McKelvey in Charleston, South Carolina. Growing up around Moncks Corner, South Carolina, Lenard McKelvey got involved in selling drugs and was arrested twice for possession of marijuana and cocaine. He was arrested a third time after he witnessed a shooting from the backseat of a car. He remained in jail for 41 days until his mother paid his bail.

After he was released from jail, McKelvey, a high school dropout, started attending night school where he took a job as a radio intern. His radio career expanded when he became second mic to radio media personality Wendy Williams on VH1. He decided to take the name “Charlamagne” after King Charlemagne, whom he learned about at night school. Charlemagne ruled much of Western Europe during the late 700’s and early 800’s. He also adopted the name “Tha God” because he thought it was cool. Charlamagne and Wendy Williams had a personal falling out in 2008 over his controversial questions to hip hop guests on her show that led him to leave the radio program. In 2010, Charlamagne began co-hosting a syndicated radio show called The Breakfast Club alongside DJ Envy and Angela Yee in New York City, New York.

As a co-host of the Breakfast Club, Charlamagne quickly gained a reputation as outspoken and controversial. He had heated on-air arguments during interviews with guest celebrities including Lil Mama, Birdman, Fredro Starr, Beanie Sigel, and many others. In a May 22, 2020 interview with Joe Biden, the presumptive Democratic Nominee for President, Charlamagne asked Biden to return to his show, the former Vice President said, “You’ve got more questions? Well, I tell you what, if you have a problem figuring out whether you’re for me or Trump, then you ain’t Black.” Charlamagne responded that “It don’t have nothing to do with Trump. It has to do with the fact that I want something for my community.” Interviews like this have earned Charlamagne the nickname “Hip Hop Howard Stern.” Adding to the controversy, Charlamagne was accused of raping 15-year-old women in South Carolina back in 2001. He later confessed to and was arrested for second degree sexual conduct with a minor.

Despite these controversies, Charlamagne’s career continued to rise. In 2015 he hosted the short-lived MTV2 show Uncommon Sense and later made guest appearances on Guy Code, Guy Court, Girl Code, Wild ‘N Out, and Empire. In 2017, he released the book Black Privilege: Opportunity Comes to Those Who Create It, which ranked sixth in May of that year on the New York Times hardcover non-fiction bestselling list. A year later, Charlamagne released a second book, Shook One: Anxiety Playing Tricks on Me. He also hosts a YouTube series, Emerging Hollywood, on the Hollywood Reporter’s YouTube Channel. Charlamagne is married to Jessica Gadsden. The couple has three daughters.